What happens to communications during special operations in Russia? 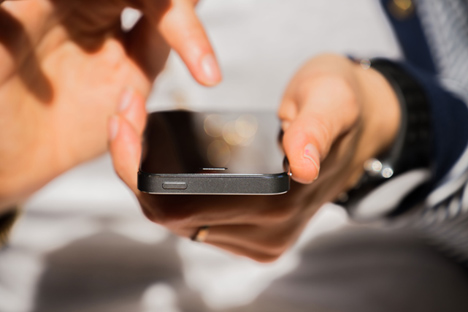 The authorities can take temporary control over telephone communication and other information transmitted through telecommunications systems for the duration of any given operation.

At the beginning of March, Russia’s Communications Ministry rolled out a new protocol for suspending communication services during anti-terrorist operations. The document explains the procedure for notifying telecom providers about the suspension of communication services. The news was reported by RBK daily, citing sources close to operators Rostelekom and Transtelekom.

According to Megafon, the document was greenlighted by the National Antiterrorist Committee (NAK) on Feb. 14, 2017 and is already published on its site. It describes how operators are informed of the decision to suspend communication services and how services are restarted. Rostelekom's representative said that the company is still studying the document while the NAC has not been available for comment.

A temporary control of conversations

According to Russia’s Counter-Terrorism law, which came into effect in 2006, the authorities can take temporary control over telephone communication and other information transmitted through telecommunications systems for the duration of any given operation. The ability to limit the use of networks and communication means is also part of the bill.

The document confirmed by NAK does not specify for how long communications might be turned off or limited, or which territories this applies to.

An RBK source said there is another method can be used to suspend communications. Special devices called "suppressors" kill cellular signals within a certain radius but they are less effective because they are more noticeable and expensive. "In order to break any communication signal, the radiation must be very powerful, meaning it is difficult to mask suppressors," explained the source.