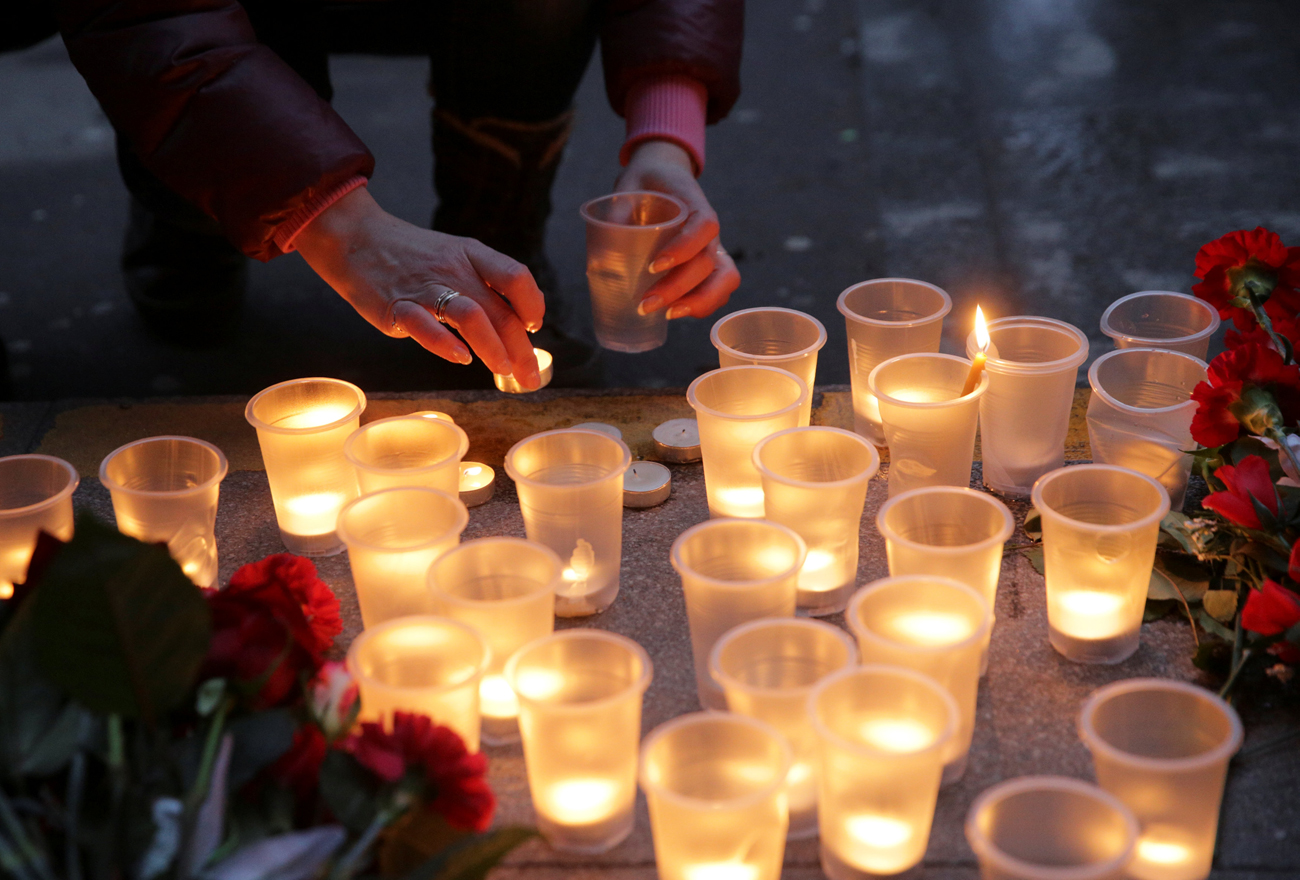 A woman leaves a candle during a memorial service for victims of a blast in St.Petersburg metro, outside Spasskaya metro station in St. Petersburg, April 3, 2017.

Kyrgyzstan’s National Security Committee has established the identity of an individual suspected of carrying out a terrorist attack in the St. Petersburg subway, the committee’s press service informed TASS on April 4.

According to the press service, the committee confirms that Akbarzhon Jalilov born in 1995 is indeed a native of Kyrgyzstan. "However, we do not know whether this person is involved in the terror attack or not," the press service noted.

It added that the committee had received information concerning Jalilov’s alleged involvement "from the Russian side."

Rakhat Sulaimanov, a spokesman for the committee, earlier said it is in touch with the relevant agencies in Russia investigating the terrorist attack in St. Petersburg.

An unidentified device went off at about 2:40 p.m. Moscow Time on April 3 in a subway train car when the train was moving from Tekhnologichesky Institut station to Sennaya Ploshchad station. The Russian Investigative Committee has qualified the blast as a terrorist attack, but other versions are looked into as well. The blast claimed 14 lives, 51 people had been injured.