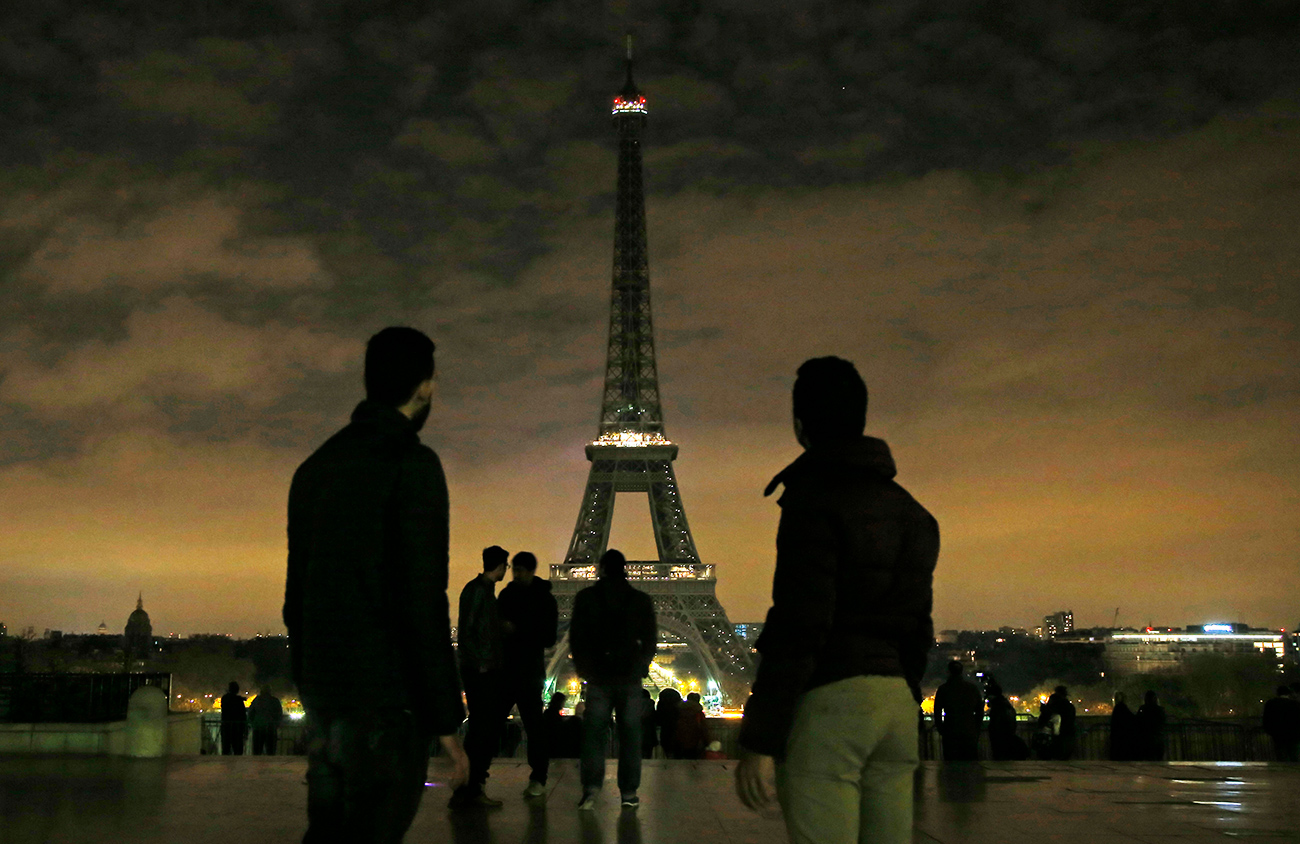 People gather at Trocadero plaza as the lights of the Eiffel tower falls dark at midnight in Paris, France, Wednesday, April 5, 2017. Paris mayor Anne Hidalgo says the Eiffel Tower will fall dark overnight to honor the victims of the St. Petersburg subway bombing.

The French capital of Paris joined the mourning over the victims of the recent metro attack in Russia’s second largest city St. Petersburg. At midnight, the lights of the Eiffel Tower, a famous Paris landmark, were switched off.

Paris Mayor Anne Hidalgo earlier announced on Twitter that Eiffel Tower would go dark as a mark of respect to the victims of the explosion.

On the afternoon of April 3, a bomb exploded in a metro car between Tekhnologichesky Institut station and Sennaya Ploshchad stations in St. Petersburg. Law enforcement sources say that the attack was carried out by a suicide bomber. According to Russian Health Minister Veronika Skvortsova, the blast killed 14 people while 49 of the injured remain hospitalized.