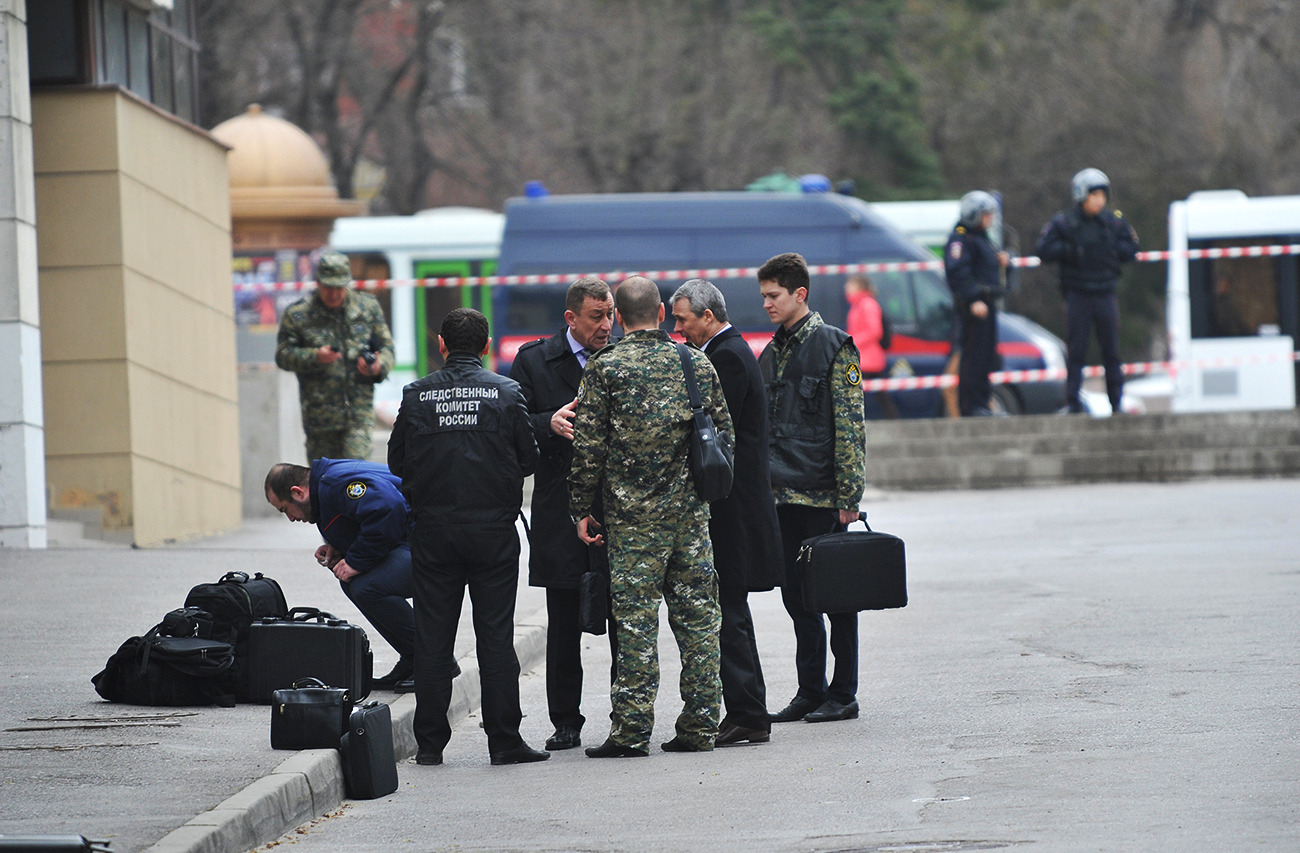 Investigators work on a scene of an explosion in the southern Russian city of Rostov-on-Don, April 6, 2017.

An explosion has occurred in the center of Russia’s southern city of Rostov-on-Don, one person was wounded, a source in the regional law enforcement agencies informed​ TASS on April 6.

"A homeless man found a package at about 6.30 am Moscow Time and decided to check its contents, including the flashlight that was there," the source said.

The explosive device went off when he tried to turn on the flashlight. The explosion blew his hand off.

A school is located close to the accident scene, the area has been cordoned off. Special services are working at the scene.