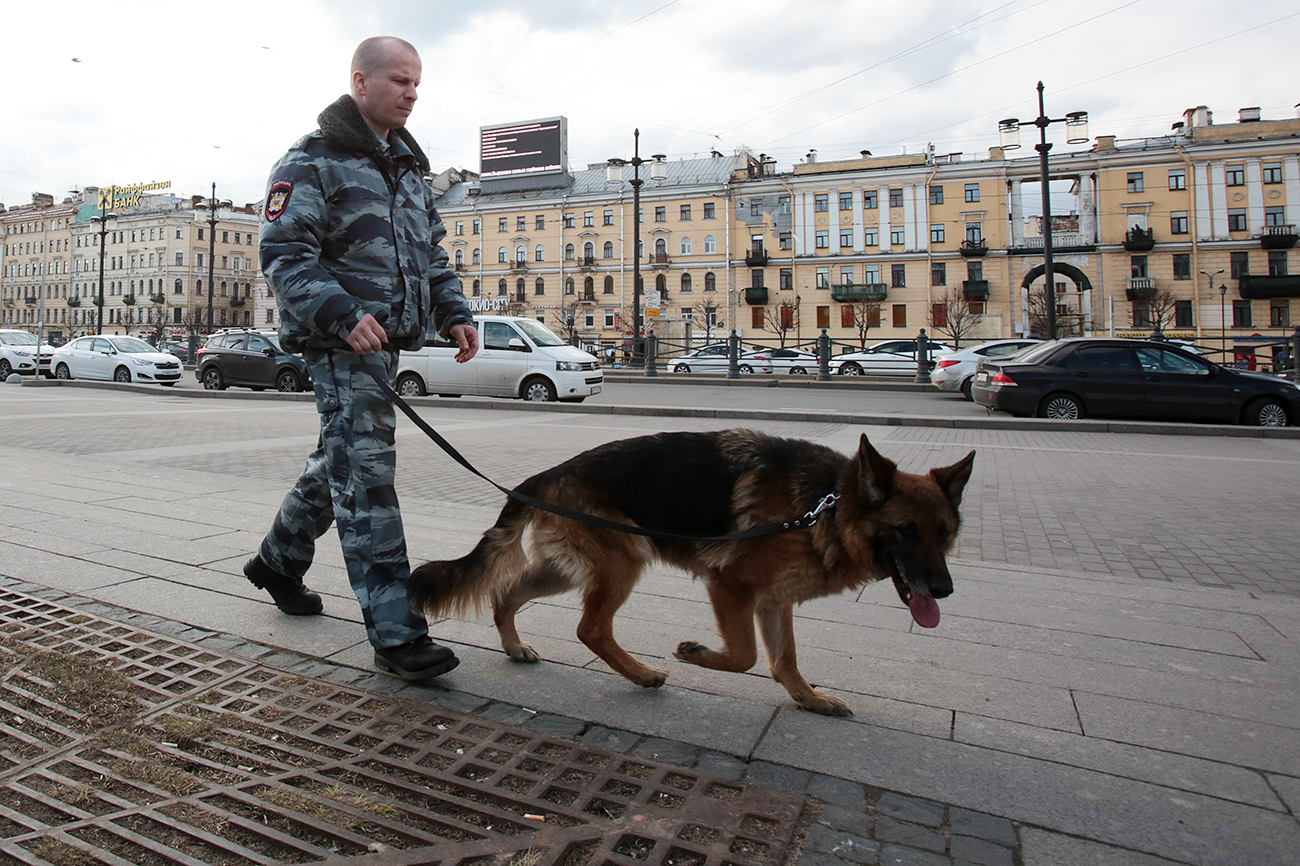 A law enforcement officer with a dog in St. Petersburg as security tightens in the wake of a terrorist attack.

An explosive device has been defused in a residential building in St. Petersburg, the head of the city’s Nevsky district administration, Konstantin Serov, has told reporters.

"An explosive device was found, it has been defused," he said. "Orders have been given to return (the evacuated) residents, everything is safe up to the seventh floor," Serov said, adding that investigators are still working on the eighth and ninth floors.

Serov said the occupants of the apartment where the explosive device was found were not its owners.

"Time will be needed to find out how they found out to be there," the district administration chief said without specifying the number of occupants.

According to local residents, a single-room apartment was let out on the seventh floor. Tenants were evacuated from two sections of the apartment house. Some of then went to work, others were accommodated in a nearby kindergarten, he said.