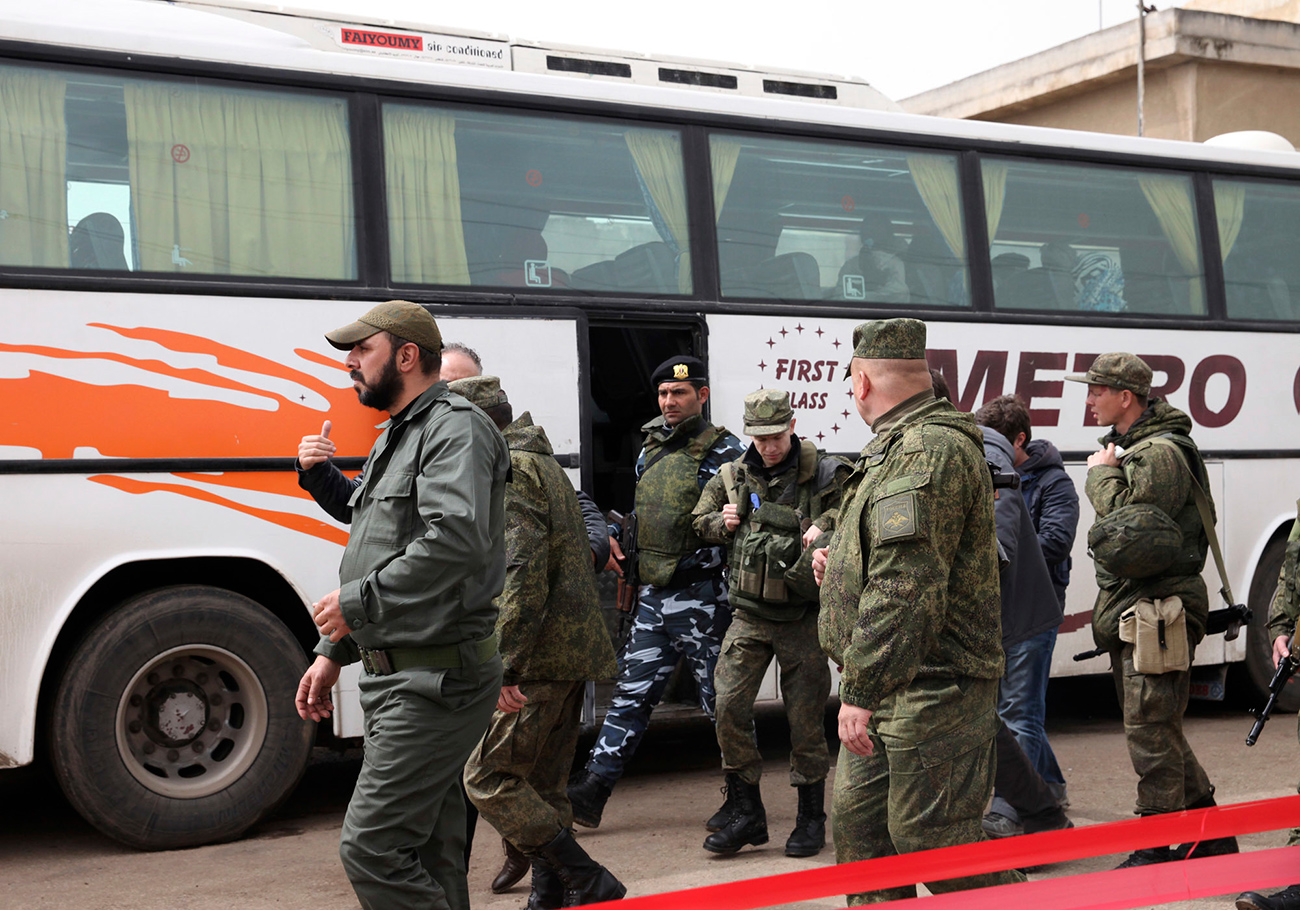 Two Russian contract soldiers were killed in a militant attack in Syria while another one suffered severe wounds.

AP
Another one suffered severe wounds

Two Russian contract soldiers were killed in a militant attack in Syria while another one suffered severe wounds, the press service of the Russian Defense Ministry told reporters on April 11, TASS reports.

"A group of militants used mortars to shell Russian contract soldiers, acting as musketry instructors in one of the Syrian military units, and a Russian military adviser," the press service said.

"As a result, two of the Russian contract soldiers were killed, while the wounded is being treated by military doctors," the Defense Ministry said adding that state awards would be granted to the servicemen posthumously.

Why are Russian military advisers in Syria?

According to Vadim Kozyulin, a professor at the Academy of Military Sciences, the majority of Syrian soldiers and officers died during the last six years of the civil war. "Already two years after the conflict began, Russia was asked to send military advisers and instructors to train soldiers. These people do not physically take part in the war. They are engaged only in organizational and combat training of the army,” he said.

Read more: Why is the Russian government slow to publicly report deaths in Syria