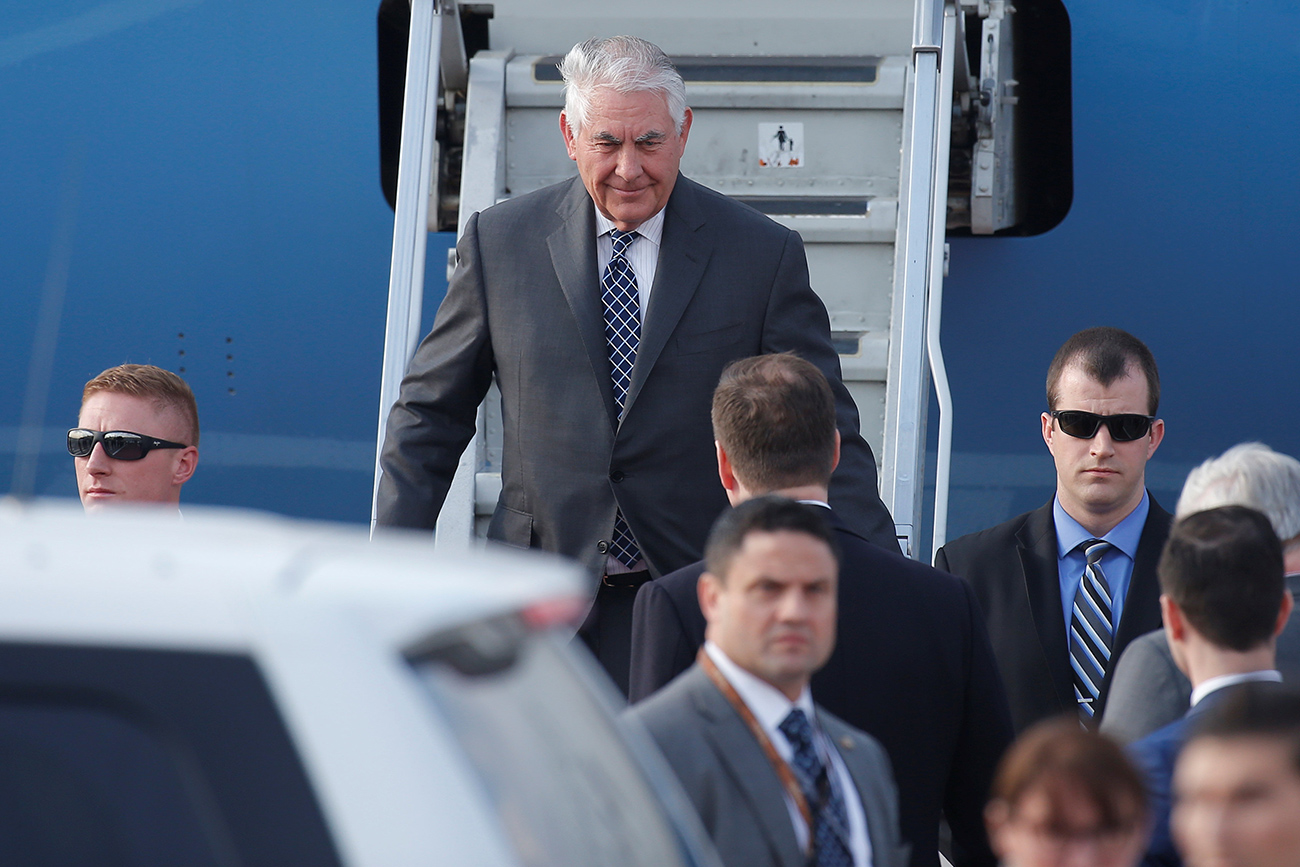 U.S. Secretary of State Rex Tillerson disembarks from a plane upon his arrival at Vnukovo International Airport in Moscow, Russia April 11, 2017.

Earlier on April 12, Peskov said that Putin could receive the Russian foreign minister and the U.S. secretary of they considered it reasonable to brief the president on the outcome of their talks.