Russian arrested in Norway for 'preparing a terrorist act' 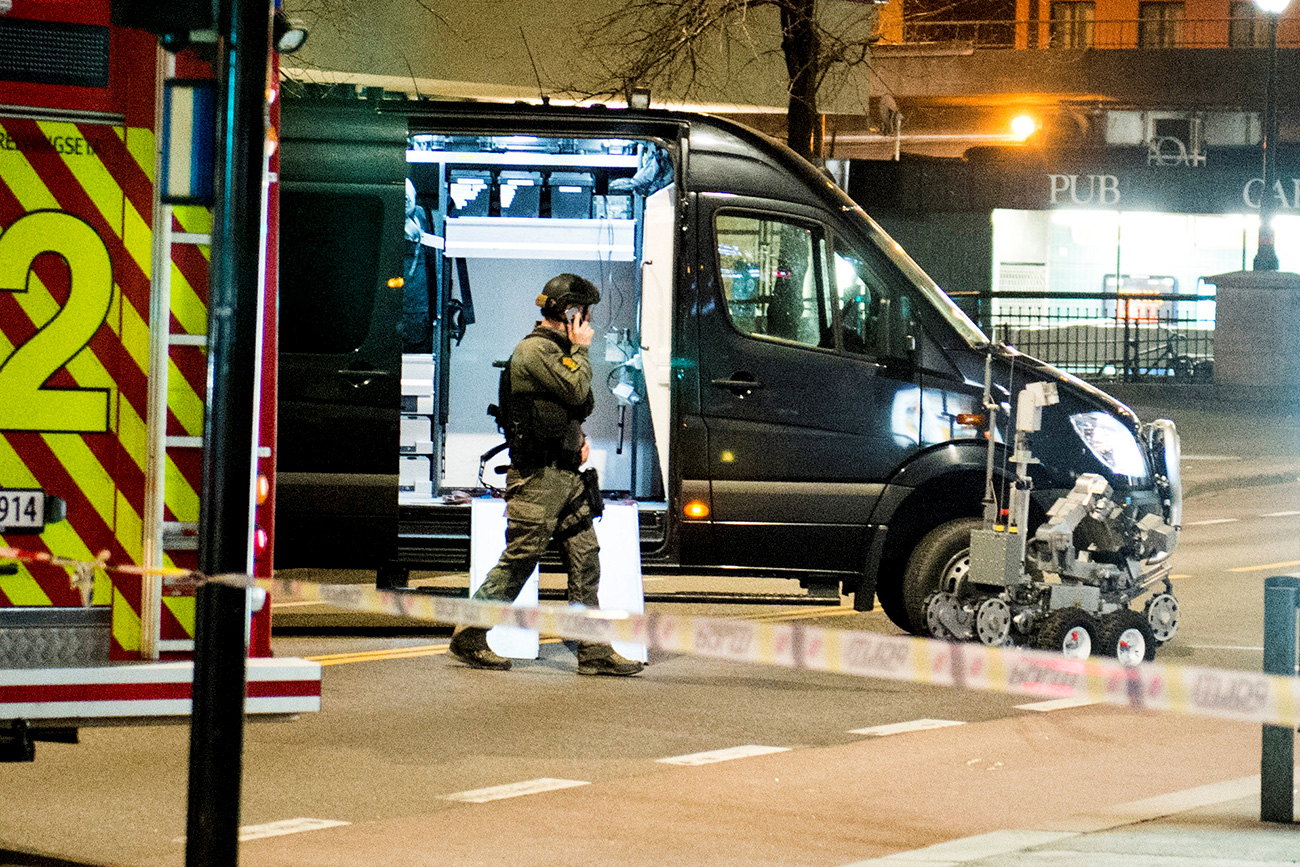 After his parents left Norway, the suspect changed his circle of friends. Photo: Police have block a area in central Oslo and arrested a man after the discovery of "bomb-like device", in Oslo on April 8, 2017.

A Norwegian court has arrested 17-year-old Russian citizen known as Isa B. on suspicion of preparing a terrorist act in Oslo (according to law, it’s forbidden to reveal a suspect's surname), writes (in Russian) the Kommersant business daily on April 12.

According to the newspaper, Isa grew up in a family from Ingushetia.

In 2010, he arrived in Norway with his family and applied for refugee status. The family settled in the town of Vadsø, which has a large Russian-speaking community.

His parents later decided to return to Russia but Isa remained in Norway. It’s known that after his parents left he changed his circle of friends. In particular, he established contact with Russians who had moved to various parts of the world, including Syria and Afghanistan. Some of them published extremist material on their social network pages.

Isa was detained on April 8 in Oslo near the Akerselva River. According to the police, he had left a suspicious box under a bridge. Sappers arrived on the scene and destroyed the object. The security forces did not say if the box contained a bomb but said the explosion was more powerful than they anticipated.

Isa's lawyers state that he categorically denies links to any terrorist or extremist group and affirms that he did not intend to commit a terrorist act or cause anyone harm.