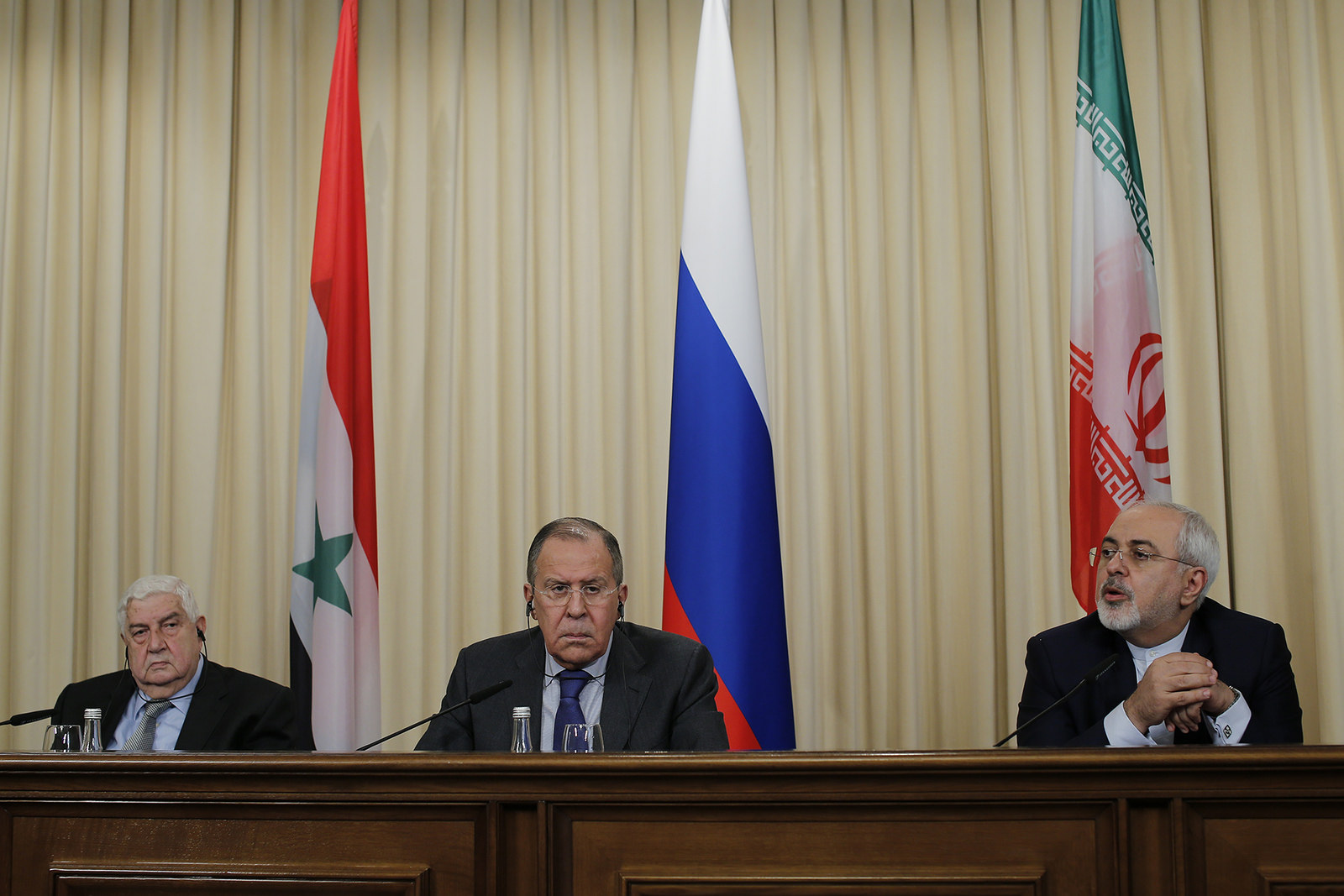 Russian Foreign Minister Sergey Lavrov has recalled that the United States, just as Russia, is a guarantor of Syria’s chemical disarmament, and the very instance of chemical weapons elimination was stated "in bold print" in an OPCW report.

"As for the charges Russia has been concealing the truth Damascus allegedly has chemical weapons… U.S. counterparts have been saying for the past few days Russia is a guarantor of Syria’s chemical disarmament, as if the United States has no bearing on that at all," Lavrov told a news conference following a meeting with Syrian Foreign Minister Walid Muallem and Iranian Foreign Minister Mohammad Javad Zarif.

"It should be remembered that in response to Syria’s readiness to join the Chemical Weapons Convention and to dispose of all of its chemical weapons stockpiles Russia and the United States came out with an initiative to arrange for that process under the OPCW auspices and with full support from the UN Security Council," Lavrov said.

He added that "within record-tight deadlines the parameters of that procedure were agreed on and a little more than one year later the OPCW said in its report that the whole declared amount of chemical weapons had been eliminated."

"This is a hard fact. It was stated in bold print in the OPCW report that was presented to the United Nations," he said.

Read more: After the U.S. attack on Syria: 3 possible scenarios