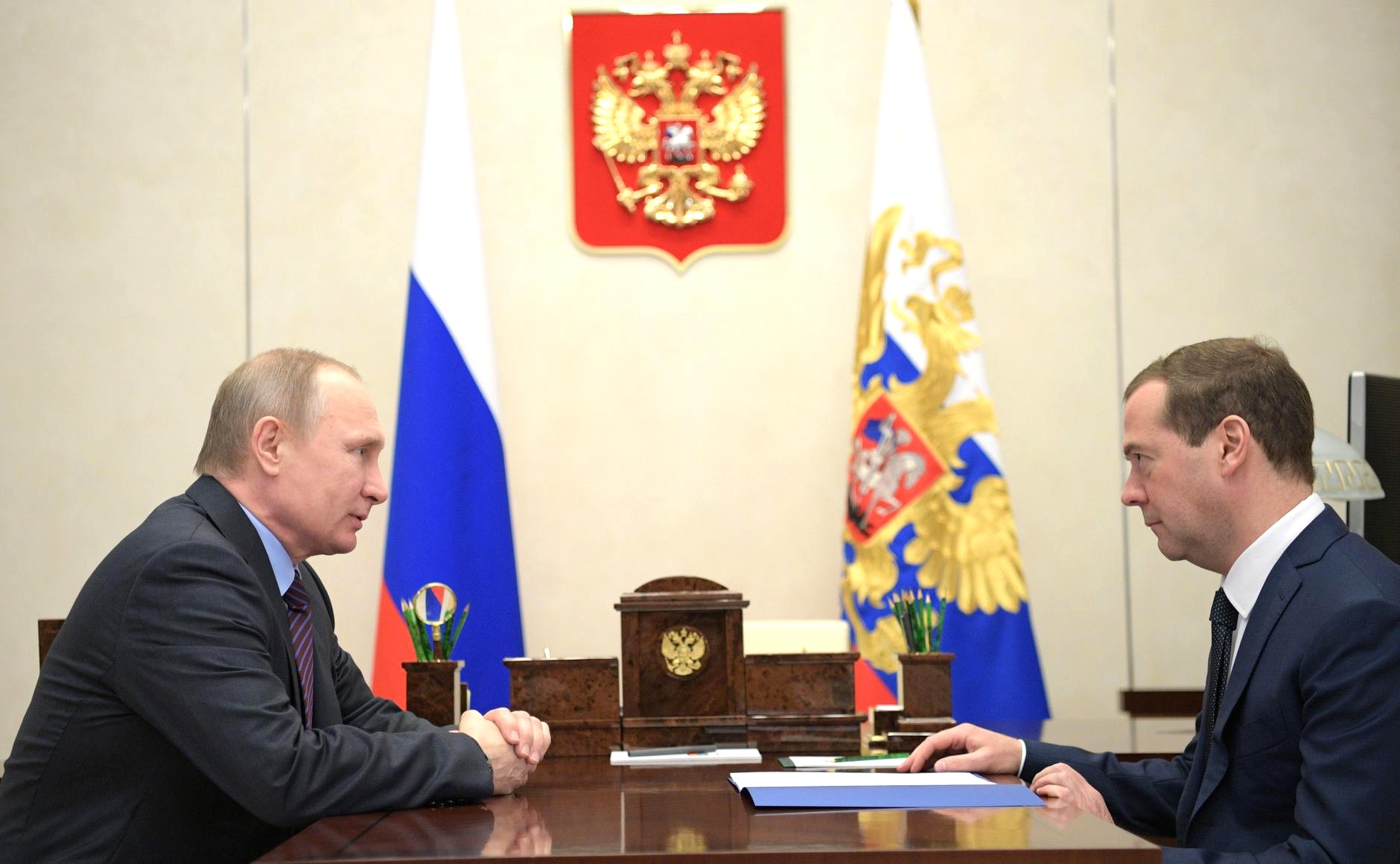 The Russian economy is embarking on the positive development path, Prime Minister Dmitry Medvedev said on April 17 at the meeting with President Vladimir Putin.

"The government will now provide good estimates of the current status of the Russian economy. These estimates are confirmed for the time being by the range of analytical agencies monitoring developments in our economy and evidence that our economy reaches a positive scenario, as reflected in their estimates," Medvedev said.

The situation in the economy changed in general over the last year, the prime minister said.

"Our economy enters the growth stage. We observed that at the turn of the last year and see this early this year. In particular, industrial output growth was 1.3 percent as of the last year-end, which is highly important. It means our industry is recovering," Medvedev said.

The situation in the agricultural sector is also positive, the prime minister said. "Growth was 5 percent in the last year. I believe this is a consolidated result of government’s work over the last 15 years because our agriculture has changed dramatically," he said.

The agricultural industry has "vast export potential," Medvedev added. A synergetic effect is present in growth of agribusiness segments, Medvedev said. Agricultural machine-building is developing on account of production growth in agriculture, he said. Production of agricultural machinery, harvesters and tractors rose by 60 percent, the prime minister added.