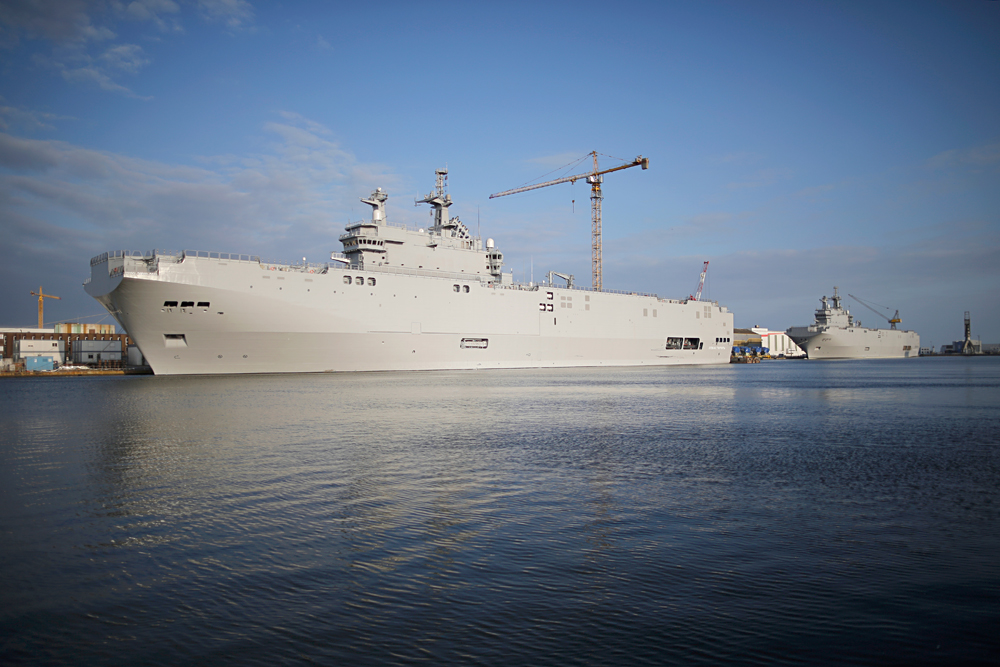 The Russian delegation has left for Egypt to take part in the next stage of negotiations on delivering communications and control equipment for the Mistral-class helicopter carriers, a source in the system of military-technical cooperation between Russia and other countries informed TASS on April 18.

"Negotiations continue, the Russian delegation has left for Egypt to discuss with the Egyptian side the parameters of the potential deal with the available technical proposals on the communications and control equipment," the source said. TASS has no official confirmation of this information.

Earlier reports said that Moscow and Cairo were discussing the delivery of communications and control systems for the Mistral amphibious assault ships. It is not ruled out that Russia may deliver Kamov Ka-52K helicopters as the deck-based modification of Ka-52 Alligator gunships specially developed for the Mistrals.

Then-Kremlin chief of staff Sergei Ivanov said in October 2015 that Egypt might buy Russian helicopters and equipment worth over $1 billion for its new warships.

The Mistrals, which Egypt has received in 2016, were initially intended for Russia. The Russian Defense Ministry ordered them in the summer of 2011 but in 2014 Paris froze the delivery of the helicopter carriers to Russia over Moscow’s stance on Ukraine developments. In 2015, Russia and France agreed on cancelling the contract and soon after that the Mistral amphibious assault ships were bought by Egypt.

The Mistral-type helicopter carriers have a displacement of 21 tons, the maximum body length of 210 meters, the speed of 18 knots and the range of up to 20,000 miles. The helicopter carrier can accommodate 450 people in addition to its crew of 180. It carries 16 helicopters, of which six can be simultaneously stored on the flight-deck.