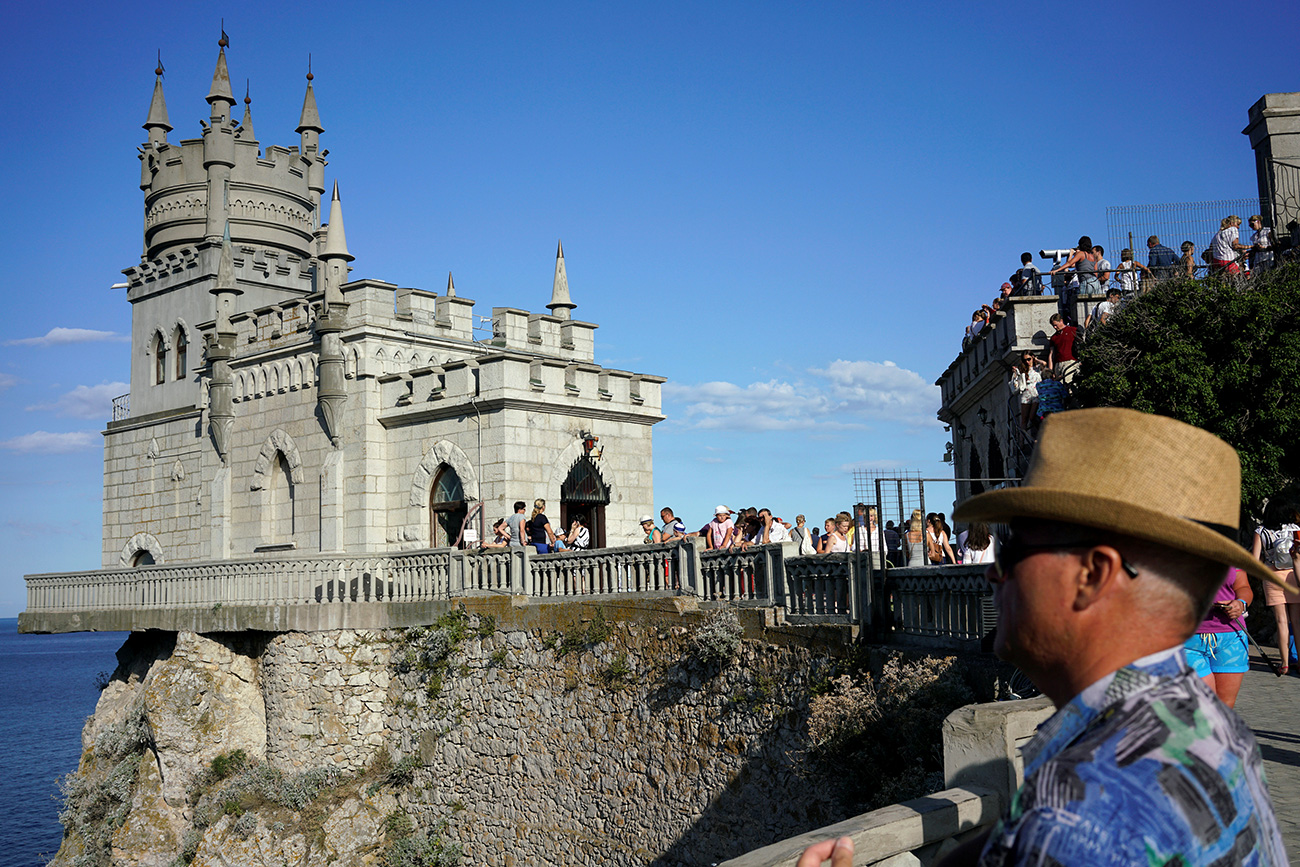 A total of 1,600 people in 48 Russian regions took part in the opinion poll, which was conducted between March 31 and April 3 this year.

Reuters
Majority of those asked think Donetsk and Lugansk should be independent.

Sixty-four percent of Russians believe that Crimea becoming part of Russia’s territory has brought more good than harm, according to an opinion poll conducted by the Levada Center. Twenty-three percent of those asked (in Russian) think the opposite.

At the same time, 13 percent agree with Ukraine's view that, in making Crimea part of Russia, Moscow violated all post-war and post-Soviet international agreements. However, 78 percent do not agree with this assessment.

Asked how Russia was financing the reunification of Crimea, 41 percent of those polled replied: "By cutting spending on education, healthcare, science, and the indexation of salaries and pensions." Thirty-two percent of respondents disagreed with them, saying that financing for Crimea was provided from "revenue from oil and gas sales." Another 11 percent believe that money for Crimea comes from "private investment by Russian business."

Regarding the political future of Ukraine's Donetsk and Lugansk regions, 37 percent of Russians are in favor of them becoming an independent state, and 21 percent said they wanted these regions to become part of Russia. According to another 21 percent, the regions should "remain part of Ukraine, but be given more independence from Kiev." At the same time, seven percent believe Donetsk and Lugansk should "remain part of Ukraine on the same conditions as before the crisis."

A total of 1,600 people in 48 Russian regions took part in the opinion poll, which was conducted between March 31 and April 3 this year.

Read more: What’s life really like in Crimea 3 years after reunion with Russia?>>>