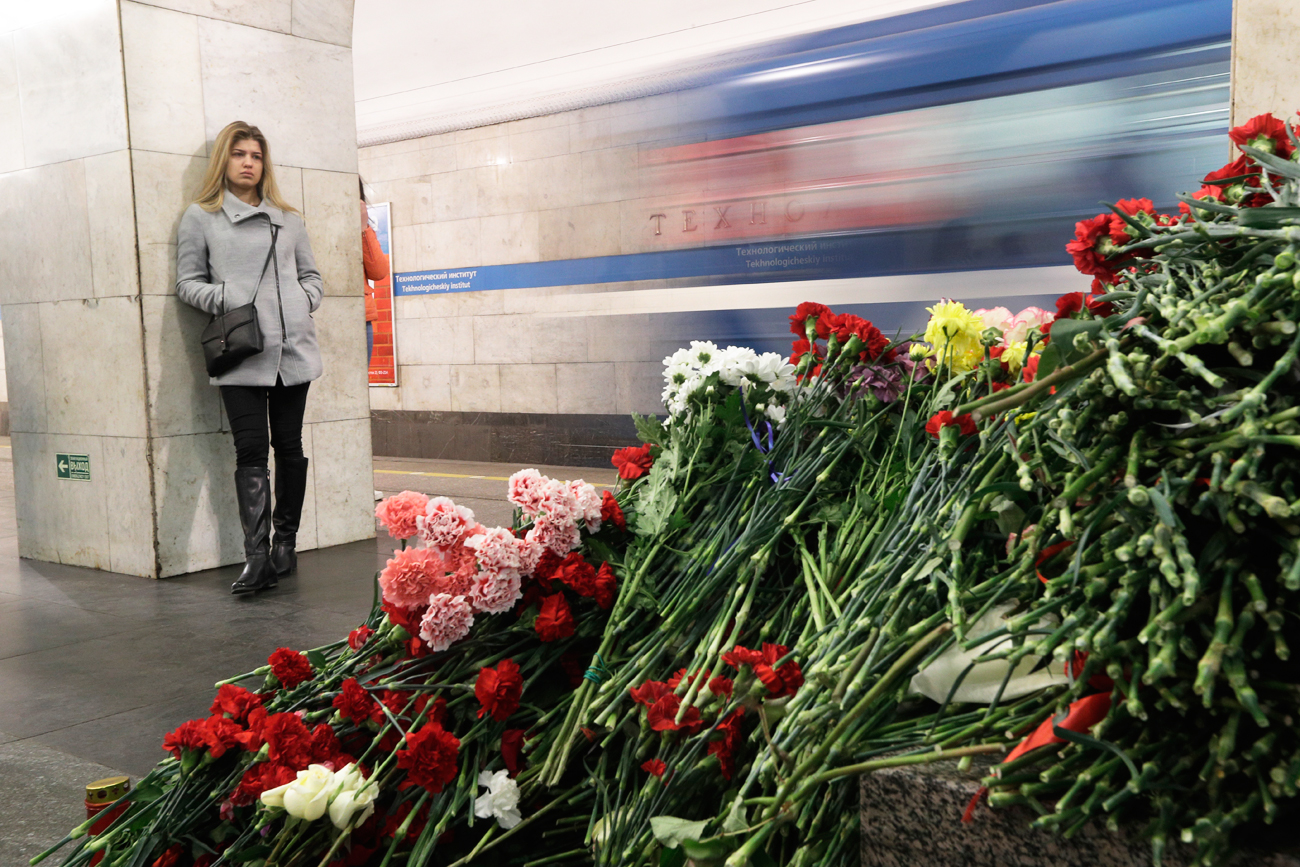 A woman stands at a symbolic memorial at Technologicheskiy Institute subway station in St. Petersburg, April 5, 2017.

"We are close to establishing him," Bortnikov said when asked if the instigator had been established. The FSB director added that the investigation into the terrorist attack was underway.

The blast in a metro car between Tekhnologichesky Institut and Sennaya Ploshchad stations occurred on April 3. The attack killed 14 people as well as the suicide bomber, while as many as 102 people were injured. Another bomb was deactivated at Ploshchad Vosstaniya station.

The Russian Investigative Committee said that the blast had been carried out by Akbardzon Jalilov, 22, a native of Kyrgyzstan who had obtained Russian citizenship. On April 6, the Investigative Committee announced the detention of eight suspects, natives of Central Asian states, six of whom were detained in St. Petersburg and two were apprehended in Moscow. Later, another suspect named AbrorAzimov was detained, who had allegedly trained the suicide bomber.