Unable to find a volunteer, Roscosmos substitutes cosmonaut with deadweight 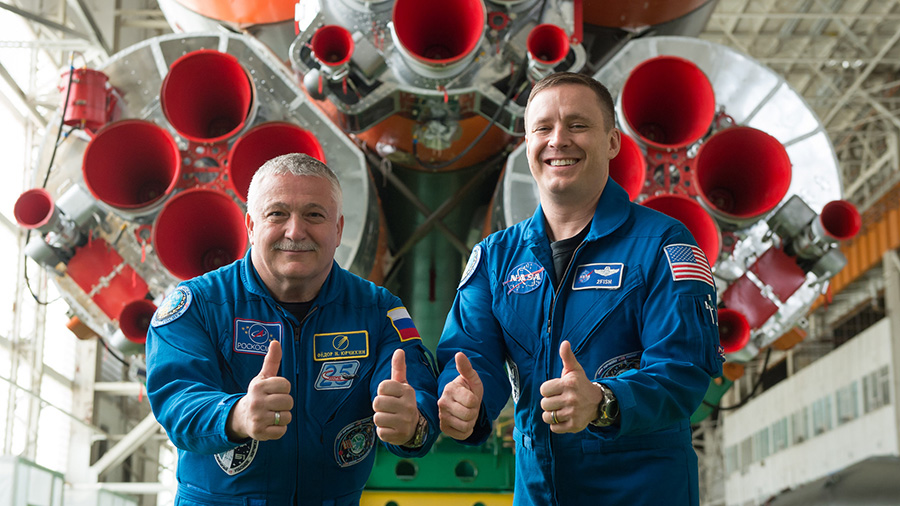 Fyodor Yurchikhin and Jack Fischer give a “thumbs up” in front of the Soyuz rocket.

Two Russian cosmonauts, along with an American astronaut, were supposed to blast-off to the International Space Station (ISS) on April 20, but there’s been a change of plan.

For some unknown reason, Roscosmos – Russia’s equivalent of NASA – decided that three Russians was one too many on board the ISS, so told one unlucky Russian cosmonaut his feet were staying firmly on the ground, Lenta.ru reports (in Russian). Apparently, a last minute replacement was sought, but to no avail.

But what happens when the rocket has been designed to take three people? Exact weight measurements are crucial to a successful launch. Easy, load the rocket with the dead weight equivalent of the ousted cosmonaut.

Now, Oleg Novitsky – a member of the current three-person crew manning the ISS – will only welcome fellow compatriot Fyodor Yurchikhin and American Jack Fischer, plus a 70-kilo cargo when the “Soyuz MS-04” touches base on April 20 at 16:22 Moscow time.