Climate change is a boon for Santa Claus with April snowfall 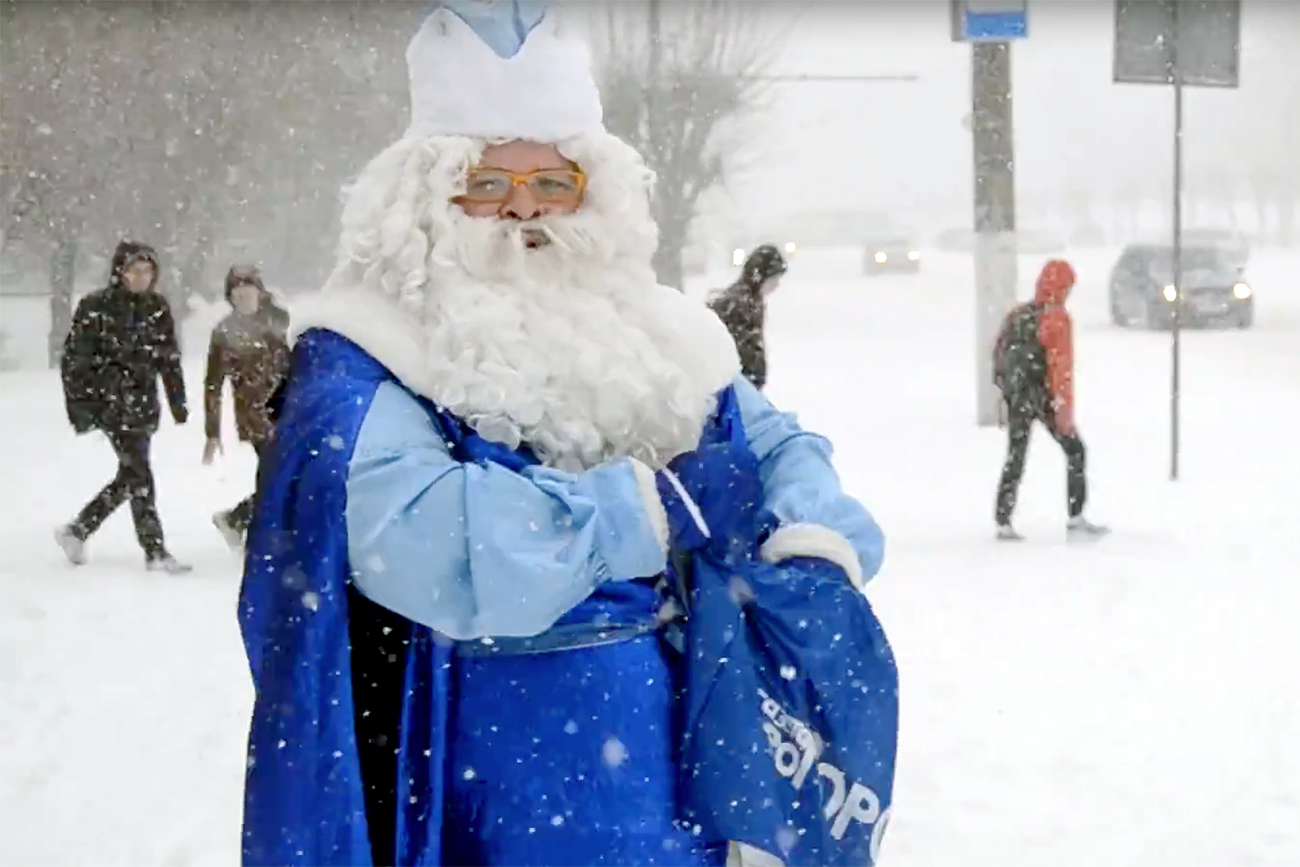 Screenshot
It's winter in spring, so Father Frost is out and about giving gifts

The city of Kirov (590 miles east of Moscow) has been hit by snowfalls and blizzards instead of spring drops. In some places there are 17 inches of snow on the ground. So, it's no surprise that in the middle of this foul weather Old Man Frost (the Russian Santa Claus) has appeared on the streets. The fairytale character walked around the city, greeted the locals and handed out gifts, wrote the local news website, Progorod.

"Today in the morning we're having a terrible blizzard and snowfall," said eyewitness Maxim Shubarin on Life.ru. "I walked out of a store and saw Old Man Frost. Decided to record him on camera. He was giving out candy, congratulating everyone on the snowfall and wishing everyone a Happy New Year."

Old Man Frost was also seen in Cheboksary (422 miles east of Moscow). The locals shot a video of him walking around town, rejoicing in the April snow.

On April 13, a spring snowstorm also hit St. Petersburg, and on April 15 residents in that city saw a huge Christmas tree at a shopping center.