Two new advanced development territories to be set up in Russia 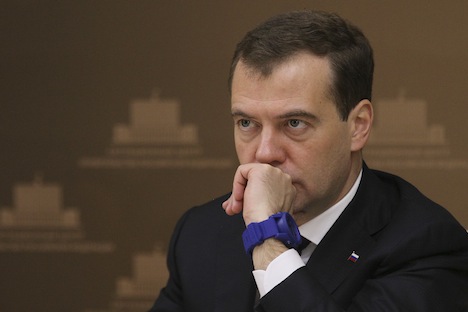 'We are getting more and more territories of advanced development.'

TASS
Businesses that become their residents will get preferential treatment

"We are getting more and more territories of advanced development. At the moment there are 34 of them and I have just signed two resolutions on creating territories for advanced development - in Nikolayevsk-on-Amur, in the Far East region, the Khabarovsk Territory, and in Sarov - that is in the Nizhny Novgorod region," the Prime Minister said. Medvedev said that ADTs are one of the government’s investment tools.

"We should admit that there are regions that have learned how to use these new opportunities properly, they already have a visible result," the head of the Cabinet noted. Medvedev reiterated that the business environment should be comfortable, predictable.

"The business climate largely depends on how the state works, including the quality of state and municipal services," the prime minister said.

He stressed the authorities are developing a system of multifunctional centers (MFCs) and expanding the list of services they provide.

"It turned out to be a very successful state project," Medvedev said, adding that the project was coordinated by the Economic Development Ministry.

Medvedev recalled that 39 regions launched pilot projects on creation of the MFCs for businesses.

The Law on Advanced Development Territories (ADT) came into force in spring of 2015. It provides preferential treatment for businesses that become residents of such territories. Initially it was planned to set up such territories only in Russia’s Far East but later the Russian authorities decided to establish them also in other regions of the country.