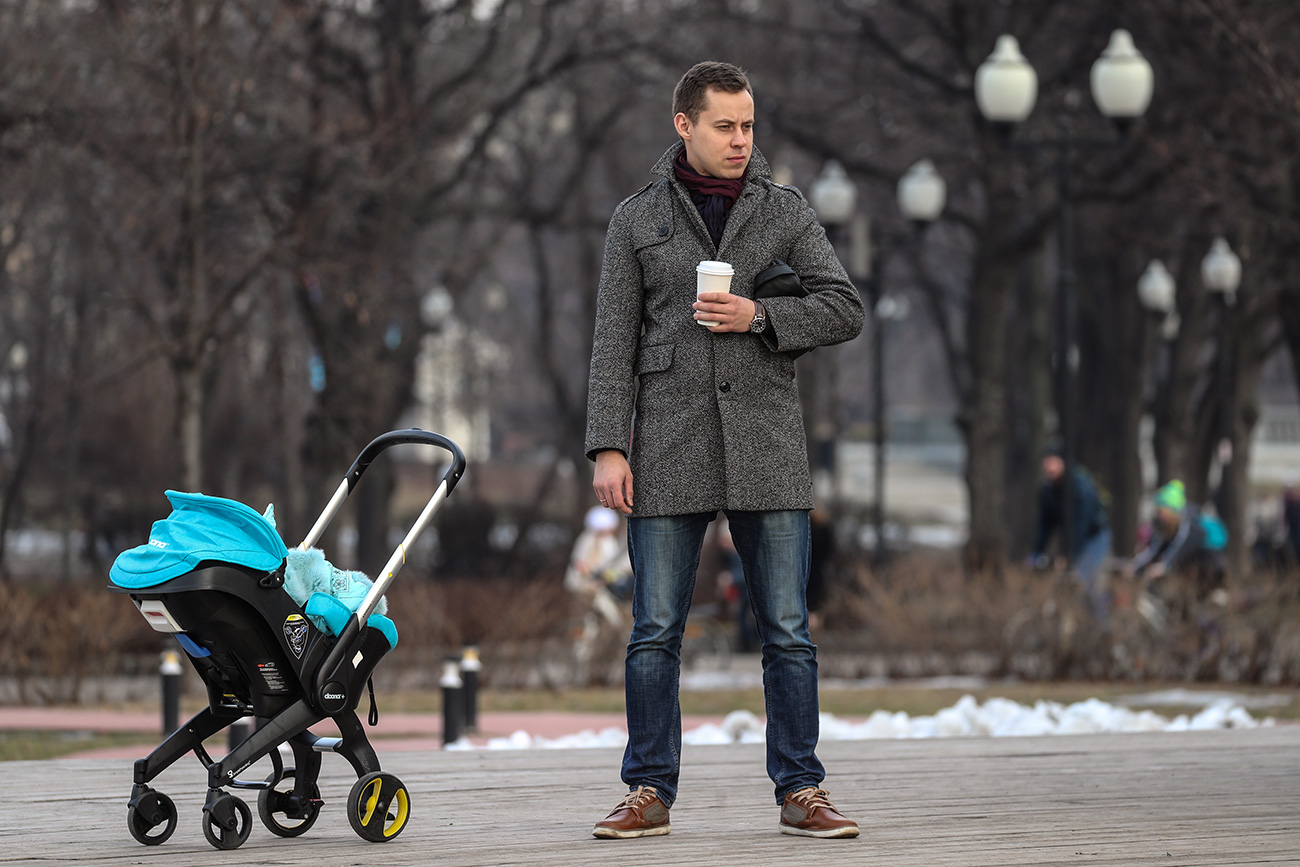 A man walking with a baby in Moscow’s Gorky Park.

Over half of Russians (56 percent) consider it wrong for a man to be left looking after a new-born child while the mother goes to work. Sixty-one percent of men thought it was wrong, compared to 52 percent of women. The poll was conducted by the All-Russian Public Opinion Research Center (VTsIOM) and included 1,200 Russians aged 18 and above.

At the same time, 72 percent of Russians regard men as capable of bringing up children.

Views about the role of men in the family were almost evenly split: 48 percent of respondents said that the man is the breadwinner whose main role is to provide for his family, rather than deal with the rearing of children. Forty-six percent did not agree with this.

Significant changes have occurred in recent years in the distribution of family duties between spouses, according to VTsIOM Research Director Elena Mikhaylova.

"There is an increasing expectation that fathers should not only and not so much fulfil their functions as material providers for members of the family, but that they should play an active part in the upbringing of the children at all stages of their socialization, even though the role they play frequently continues to be regarded as a secondary one," the expert believes.

Forty-one percent of those polled said that the father instils respect for women and 32 percent of Russians noted that he teaches children courage. Respondents also said the father teaches responsibility, diligence, and resolve.