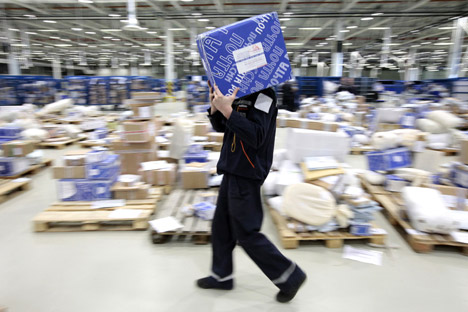 Russian Post CEO: Parcels from Russia to the U.S. are delivered "via a very exotic route."

Russia’s national mail service, Russian Post, is ready to open its own office in the U.S., but is "waiting for more stable relations between the two countries." Russian Post CEO Dmitry Strashnov revealed the news at a press conference on April 25, Kommersant reports (in Russian).

"We are now in talks with global players such as FedEx, to establish a direct logistical route. Now parcels are delivered via a very exotic route," he said. The average time of delivery from the U.S. to Russia is 50 days, according to customers.

Also, in the next few years Russian Post intends to create a full fleet to transport both domestic and international mail, he added.

In August 2016, Russian Post acquired two Tu-204 airplanes to transport parcels between Moscow and Russia’s Far East, and also to connect with China.