The level of happiness in Russia reaches all-time high 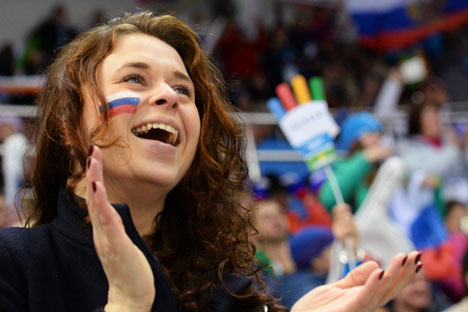 The level of happiness in Russia has reached 85%.

The percentage of Russians that consider themselves happy has hit an all-time high since research began in 1990, according to the findings of the latest report released by the Russian Public Opinion Research Center (VTsIOM) on April 26.

“The level of happiness in Russia, based on subjective perceptions, has reached 85 percent,” the report says.

A high level of happiness was noted among all social groups: It is higher among the youth and people with high income (95 and 94 percent respectively) as compared to older people (82 percent) and those who are not happy with their financial situation (63 percent).

“In a condition when unfavorable external pressure becomes protracted the public starts to focus on positive news,” Oleg Chernozub, expert at VTsIOM, explains. According to him, such positive developments as the emerging growth of industrial production and GDP in general, stimulate emotional upsurge.

Besides, as he sees it, one should not forget that personal life remains the key “generator” of personal happiness. This shows that the public continues to focus on personal life and distracts itself from often hurtful external factors, he thinks.