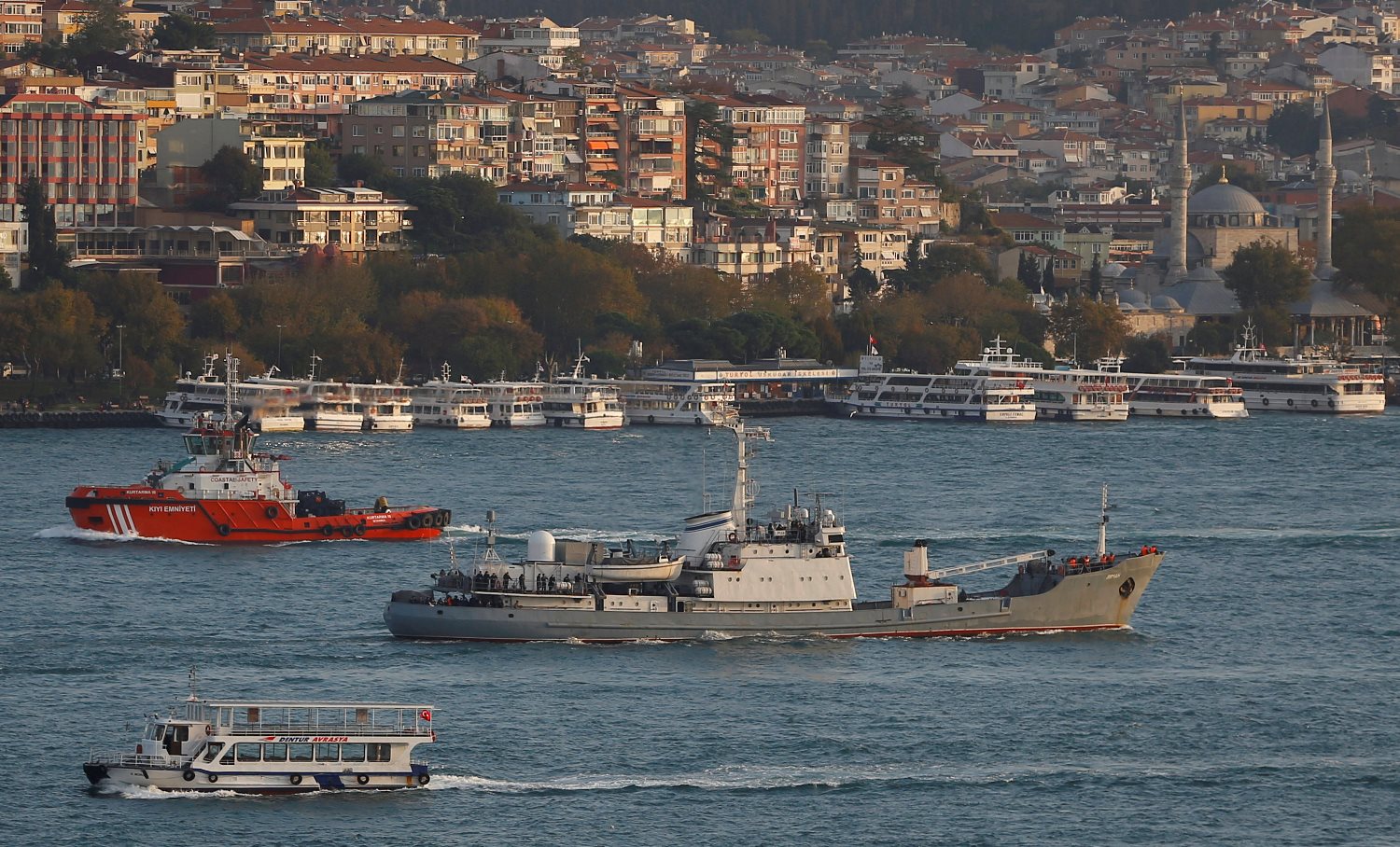 The Russian Black Sea Fleet's research vessel Liman sank in the sea after it collided with
another ship, with the vessel’s entire crew rescued, Russia’s Defense Ministry said on April 27.

"The ship Liman sank from holes below the waterline. All the crew members of the Black Sea Fleet’s research vessel Liman are safe and sound and are preparing for evacuation from a
Turkish rescue vessel to a Russian ship," the Defense Ministry said.

All 78 Russian sailors have been rescued, the press office of the Turkish coastal guard service confirmed TASS.

The cargo ship, with which the Russian ship collided, "sustained almost no substantial damage and continues sailing along its route," the Turkish coastal guard service said.

The collision occurred 18 nautical miles to the north of Turkey’s coast in the area of Kilyos, near the Bosphorus Strait. The incident may have been caused by poor visibility due to the fog.