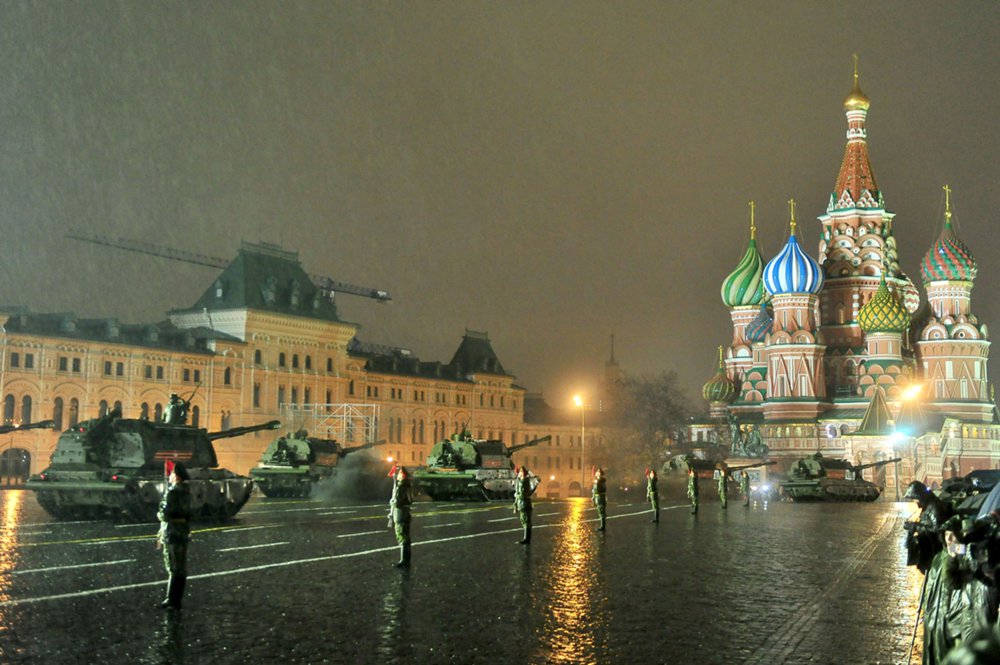 "A parade team of the all-Russian military and patriotic movement Yunarmiya (Young Army), and also servicemen of the 61st separate marine infantry brigade of the Northern Fleet’s coastal defense troops will march across Red Square for the first time today," the Defense Ministry said before the event.

The mechanized column also included advanced types of the armor based on the Armata, Kurganets and Bumerang combat platforms.

"The most advanced examples of air defense systems in the cold (white-grey) Arctic color - the Tor-M2DT surface-to-air missile system and the Pantsyr-SA antiaircraft missile/gun complex, and also T-72B3 tanks passed through Red Square for the first time," the Defense Ministry said.

Russian troops will hold another night rehearsal on May 3 and a dress rehearsal of Victory Day Parade on May 7.