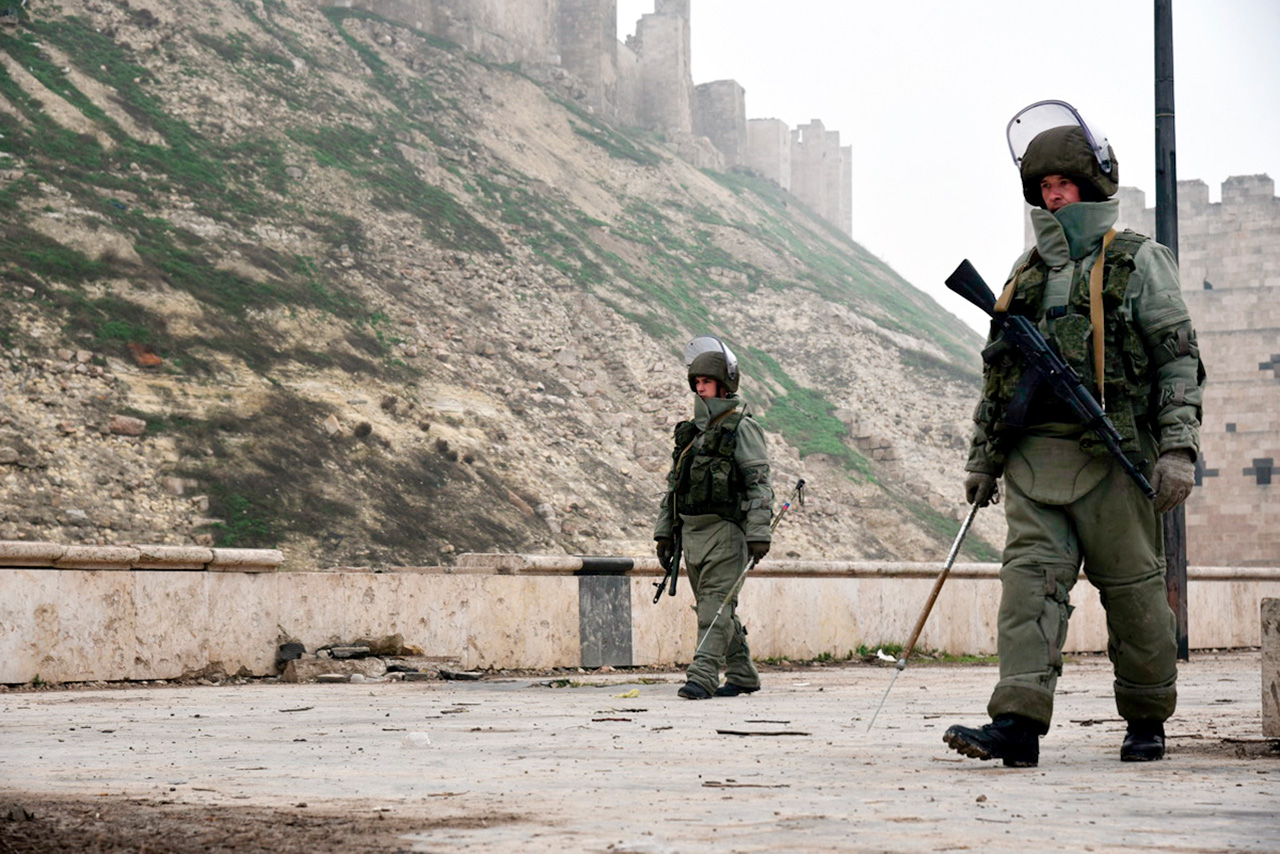 An international demining center of the Russian Armed Forces has trained and equipped about 250 Syrian combat engineers, Lieutenant-General Yuri Stavitsky, chief of the Russian Engineering Troops, told reporters on April 30.

"Today, a branch of the international demining center has been set up in the city of Homs and we are training combat engineers for the Syrian Arab Republic," he said. "Yesterday, regular (third - TASS) graduation took place. We have readied about 250 sappers and equipped the Syrian field engineers with advanced means required for the search and for protection."

After Russian demining experts showcased in Syria, he said, a number of states expressed a desire to welcome a bomb defusing squad of the international demining center.