Some 3,700 Siberian settlements protected from wildfires 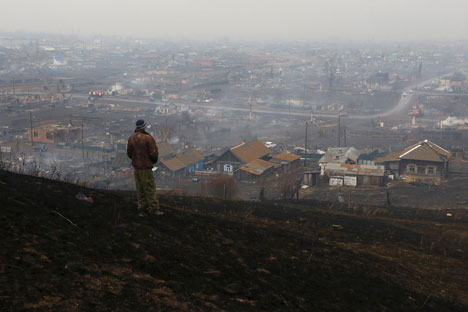 File photo: The fires in southern Siberia killed 15 people in 2015.

Reuters
Most typical cause of wildfires is mishandling of fire

Some 3,700 populated localities in Siberia have been saved from wildfires thanks to efforts of firefighters and rescuers, Sergei Menyailo, the Russian president’s envoy to the Siberian Federal District, told TASS on April 29.

Most typical cause of wildfires is mishandling of fire, he added. The situation is complicated by hot and windy weather.

A state of emergency has been imposed in the entire Siberian Federal District over ongoing wildfires. The most serious situation is in the Irkutsk region and the Republic of Buryatia where about 100 dwelling houses have been burnt down to the ground in fires.