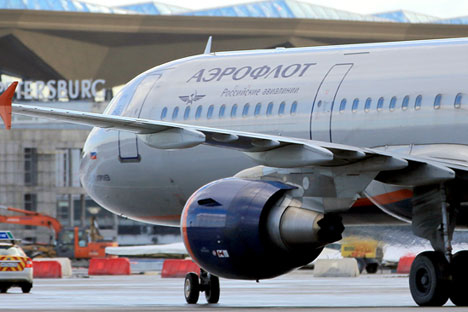 Aeroflot flight from Moscow to Bangkok hit severe turbulence some 40 minutes before landing on May 1.

Fifteen Russian citizens remain in Bangkok’s hospital after the incident with a plane Russia’s flagship air carrier Aeroflot, which hit a severe air turbulence on May 1, head of the Consular Department of the Russian Embassy in Thailand, Vladimir Sosnov, told TASS. Those injured suffered multiple fractures of varying degrees.

"Four people were operated on yesterday, but doctors say a few more patients will need surgery," the diplomat said. Russian Embassy employees are on duty at the hospital round the clock.

The injured people’s relatives remain in the hospital as well. Many of them were traveling to Thailand with their families for vacation.

"Relatives stayed in the hospital overnight," the diplomat noted.

An Aeroflot flight from Moscow to Bangkok hit severe turbulence some 40 minutes before landing on May 1. A source in the Russian Embassy told TASS that at least 27 people had been injured, among them 24 Russians and three Thais.