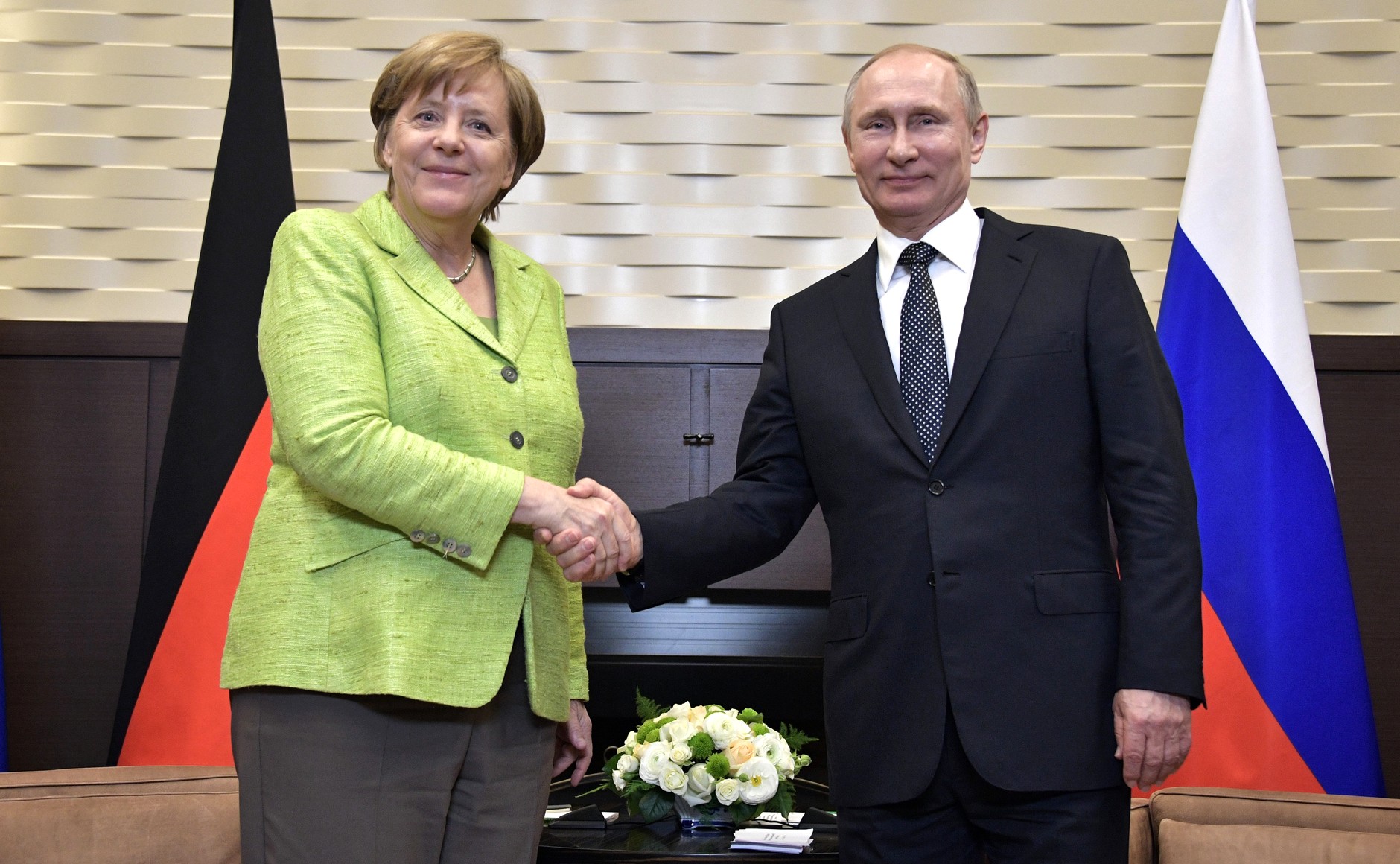 At a meeting with Russian President Vladimir Putin German Chancellor Angela Merkel described Russia as an important partner in the G20, TASS reports.

"Of course, we will discuss the situation in the G20, where Russia is an important partner," Merkel said.

Germany holds the rotating presidency of the G20 this year. The group’s summit is due in Hamburg in July.

German Chancellor Angela Merkel arrived in Russia’s Black Sea resort city of Sochi on May 2 where she is due to hold talks with Russian President Vladimir Putin. The Russian and German leaders are expected to discuss war on terror, the situation in the Middle East and the
implementation of the Minsk peace deal on Ukraine.