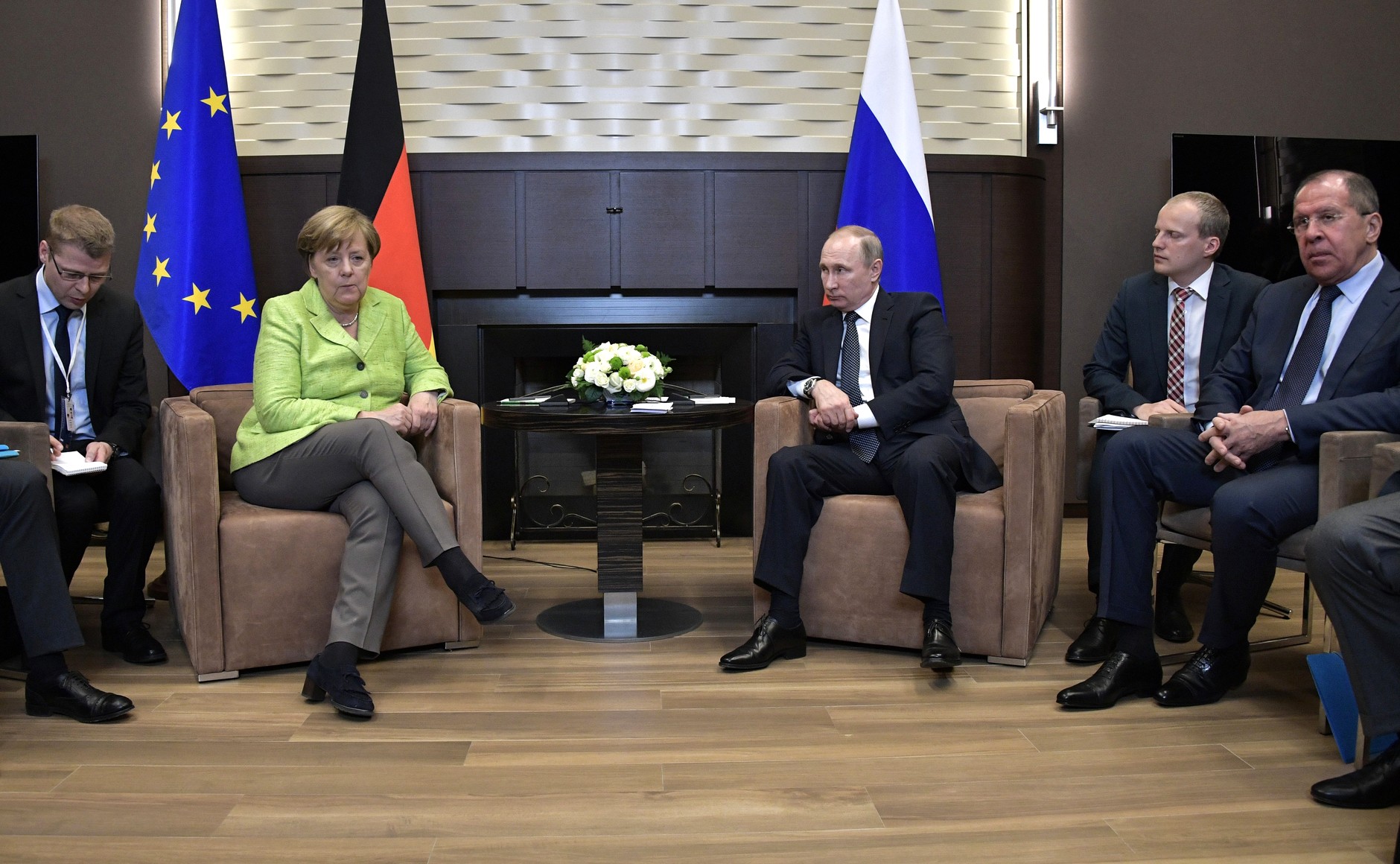 Angela Merkel meets with Vladimir Putin in Sochi, May 2, 2017.

Kremlin.ru
The situation is Ukraine 'gives grounds for serious concerns'

The necessity of strict observance of the Minsk agreement by all the parties to the conflict in eastern Ukraine was in focus of talks between Russian President Vladimir Putin and visiting German Chancellor Angela Merkel on May 2, TASS reports.

"Today, we once again reiterated the necessity of strict observance of the Minsk agreements by the parties to the conflict and agreed that disengagement of forces and weapons should be among priorities as it will make it possible to stop shelling, establish direct dialogue between Kiev and the unrecognized republics, legalize their special status and hold elections their on this basis," Putin told a news conference after the first round of talks.

Putin noted that the situation is Ukraine "gives grounds for serious concerns."

He said that he is in contact with the German leader and with other members of the Normandy format. The Russian president reminded that the latest telephone conversation in that format took place on April 17.

"The Normandy Four format must continue active efforts towards settlement of the Ukrainian crisis. It means that work in this format will be continued after presidential elections in France, which we agreed upon during our latest telephone conversation," he said.