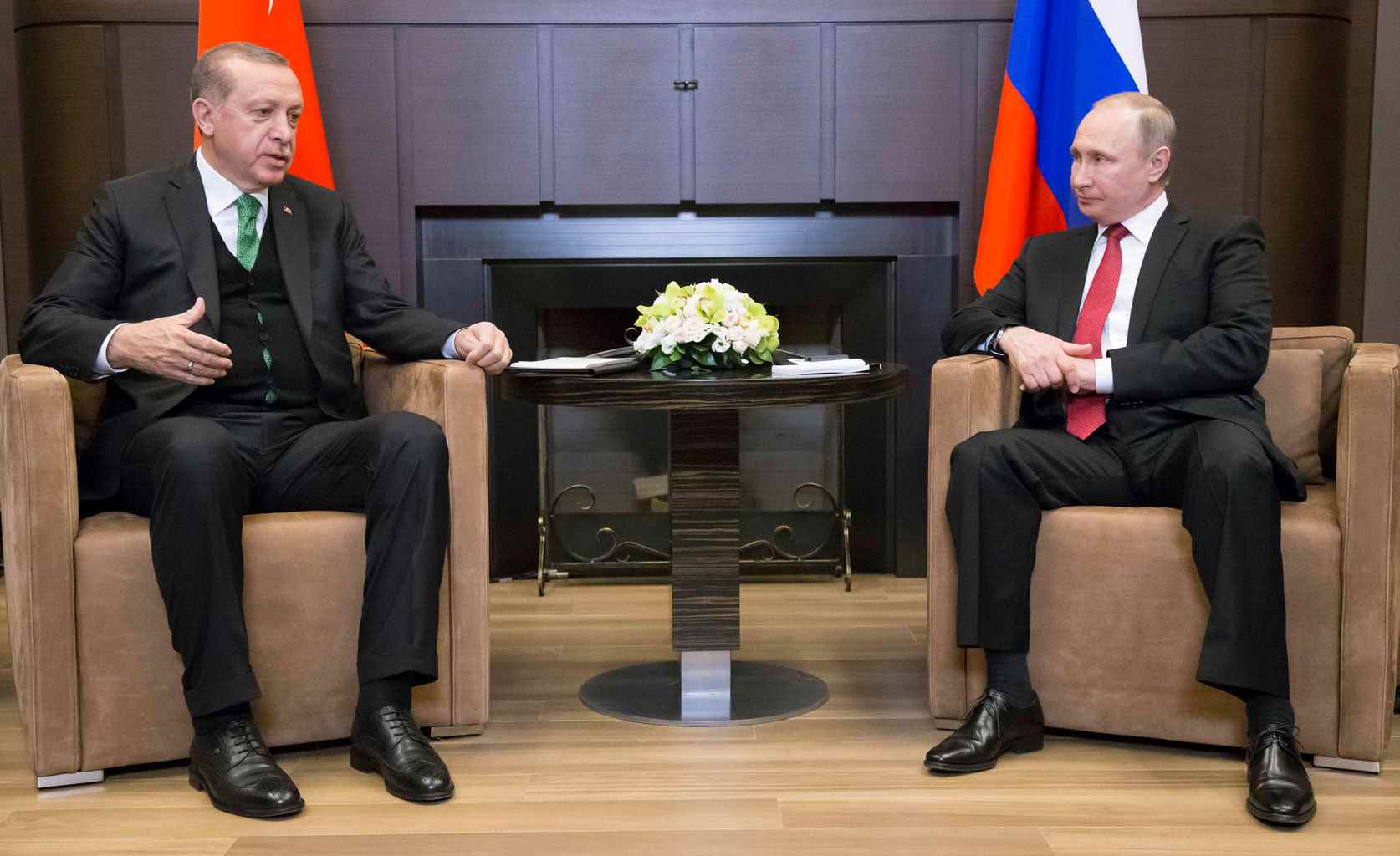 The possibility to discuss the Syrian crisis in an urgent manner signals that the relations of Russia and Turkey are being restored in full, Russian President Vladimir Putin said opening talks with Turkish President Recep Tayyip Erdogan in Sochi on May 3, TASS reports.

"It is good that we have a chance to meet in due course and discuss key issues of bilateral cooperation and major issues of international agenda, including on such pressing issues as the Syrian crisis," Putin said.

"The mere fact of this regime of our joint work shows that Russian-Turkish relations are becoming of a special character and are being restored in a full format," he said.

Putin heartily welcomed the Turkish delegation, thanking Erdogan for having accepted the invitation and come to Sochi. The Russian president stressed that bilateral relations are developing "as we had planned with you."

In his turn, Erdogan noted that the two leaders will have a good opportunity to discuss both aspects of bilateral cooperation and regional issues.

"I’m sure that those steps that we are taking together will change the fate of the whole region," Erdogan said.