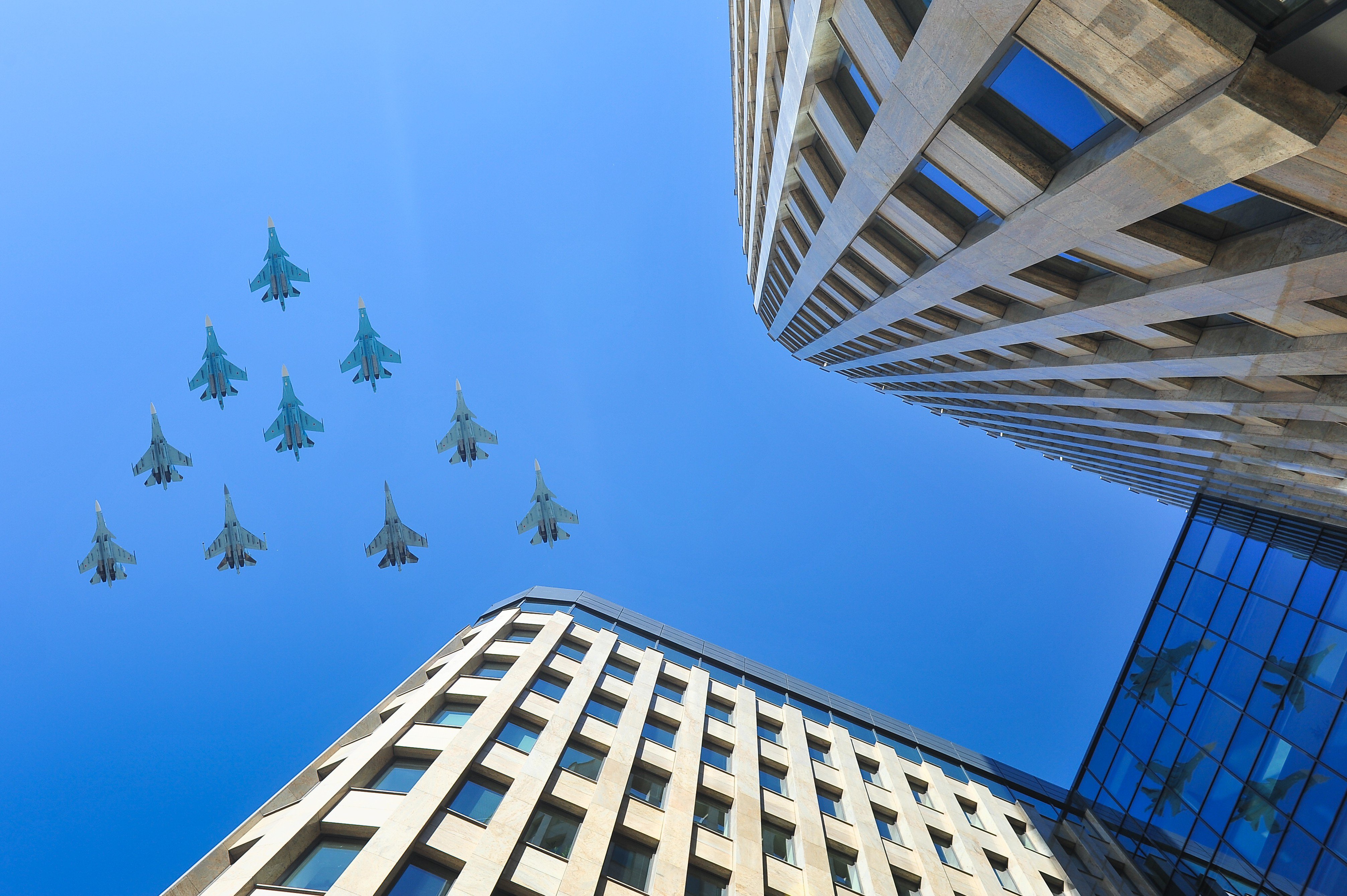 The first rehearsal for Moscow’s Victory Day military parade air show was held in the Russian capital on the morning of May 4. According to the Defense Ministry, a total of 72 planes and helicopters whizzed overhead, TASS reports.

The world’s largest military transport helicopter, the Mi-26, escorted by a quartet of Mi-8 helicopters, opened the show.

It was followed by Mi-28N, Mi-35, and Ka-52 aircraft. Next up was a group of five long-range planes: four Tupolev-22M3 bombers and the Tupolev-160 White Swan strategic missile carrying jet.

The aircraft took off from eight aerodromes in the Moscow, Tver, Bryansk, Saratov, Kaluga, Voronezh, Lipetsk, and Nizhni Novgorod regions. The MiG-29 and Sukhoi-30SM jets from the aerobatic groups Strizhi (Swifts) and Russian Knights took off from the Kubinka airbase, west of Moscow.

A sextet of Sukhoi-25 jets is also stationed at Kubinka. They will end the parade by drawing Russia’s tricolor flag with colored smoke trails in the sky over Red Square. The helicopters flew over Moscow at an altitude of 150 meters and a speed of 200 km/h, and the tactical, long-range, and military transport planes at altitudes of 300 to 500 meters and speeds of up to 500 km/h, the Defense Ministry said. More training flights over Moscow will be held on May 7 before the May 9 parade.