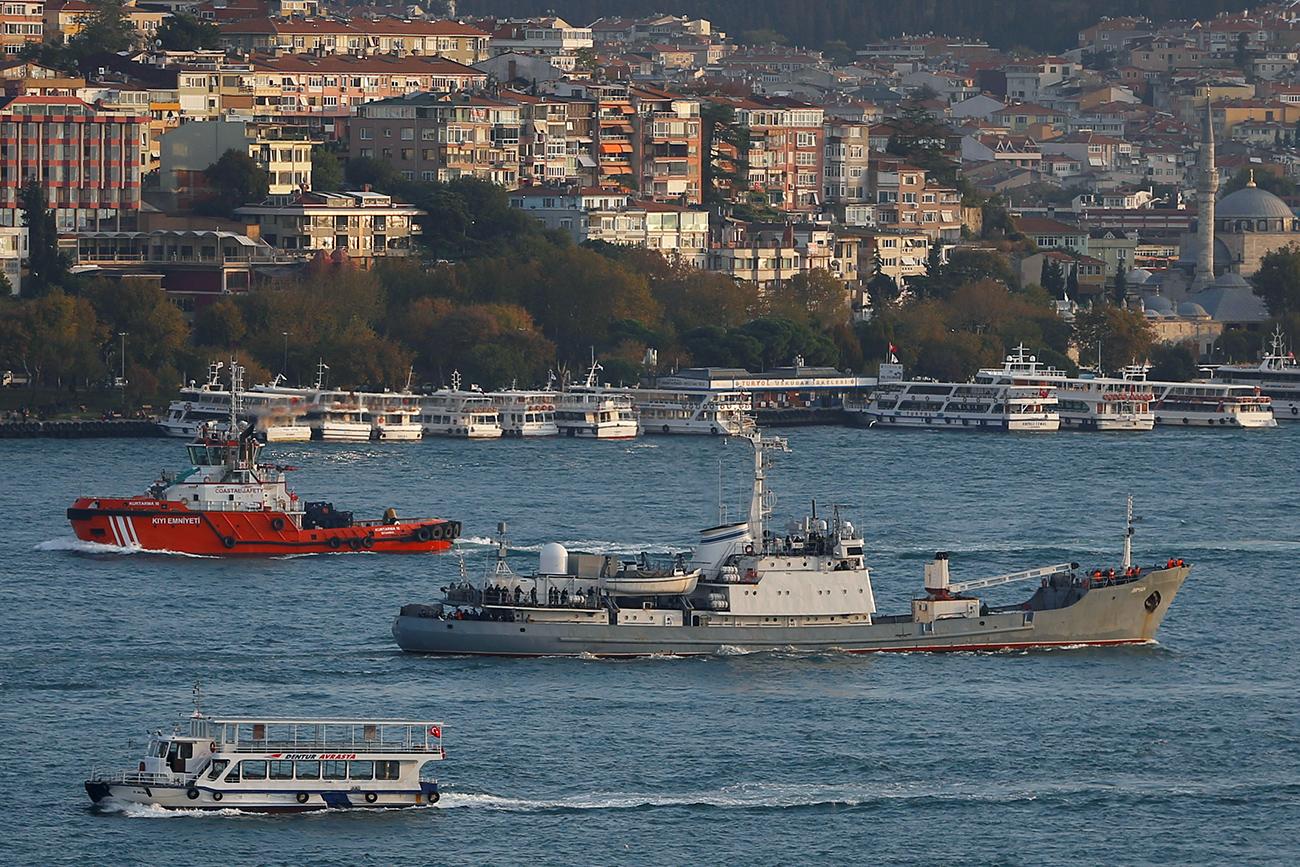 "All the necessary equipment was dismantled by the crew before the Liman’s sinking and delivered together with documentation and service arms to the Black Sea Fleet’s base," the Defense Ministry said in a statement, TASS reports.

"The reports on the allegedly continued work to lift ‘secret equipment’ from the Liman are amateurish conjectures inconsistent with reality," the statement says.

The research vessel Liman sustained a hull breach on the starboard below the waterline after it collided with the ship Ashot-7 at 11:53 Moscow time (08:53 GMT) in the southwestern portion of the Black Sea 40 km northwest of the Bosporus Strait on April 27. The ship’s entire crew was rescued.

Russia’s general consulate in Istanbul reported that the incident might have been caused by poor visibility due to the fog. The sailors rescued from the sunken ship Liman arrived in Russia aboard a military transport plane.