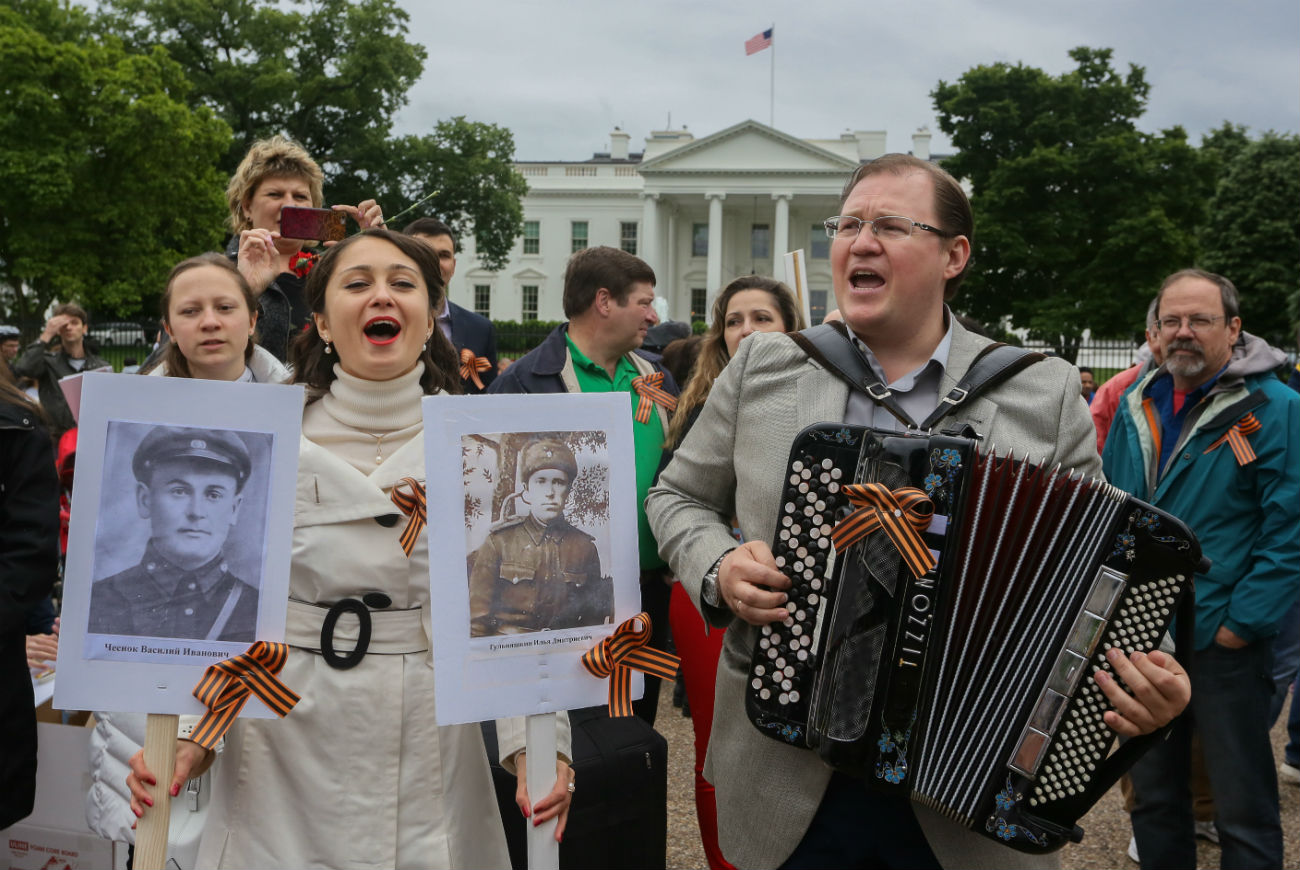 The Immortal Regiment march was held in almost two dozen cities in the United States on Saturday, with more than 4,000 people taking part in it, member of the Coordinating Council of Russian Compatriots of the U.S. (KSORS) and President of the Russian Youth of America society, Igor Kochan, said in an interview with TASS.

"About 20 cities took part took part this year compared to seven last year. Literally every major Russian city was covered," he said. Among the cities where the march was held were New York City, Los Angeles (California), Chicago (Illinois), San Francisco (California), Miami (Florida), Washington, DC, Boston (Massachusetts) and Philadelphia (Pennsylvania). Kochan voiced confidence that interest in the KSORS-backed campaign had grown compared to previous years. "In all, more than 4,000 people took part in it, that’s for sure," he noted. "Those were mostly our fellow countrymen, natives of the former Soviet Union."

"It is good to see that more and more Americans take part in this event showing increased interest in it," he added. Among the cities where the event had never been held before, Kochan mentioned Los Angeles, Boston, Philadelphia, Detroit, San Diego, Little Rock (Arkansas), St. Petersburg and Tallahassee (both in Florida). "In some cities, American high school children worked as volunteers helping to organize the march," Kochan said.

The Immortal Regiment march was held for the first time in 2012 in Siberia’s Tomsk. In 2013, some Russian, Kazakh and Ukrainian cities joined the campaign. In 2015, the event became nationwide. On May 9, 2015, when the 70th anniversary of the victory over Nazi Germany was celebrated, the Immortal Regiment marched through the streets of 500 cities across the world with some 12 million people carrying photographs of their ancestors who fought in World War II. Russian President Vladimir Putin joined the march in Moscow with a portrait of his father. That same year it was held for the first time in three American cities on the initiative of the Russian Youth of America society.