Lavrov and Tillerson to hold talks in Washington on May 10 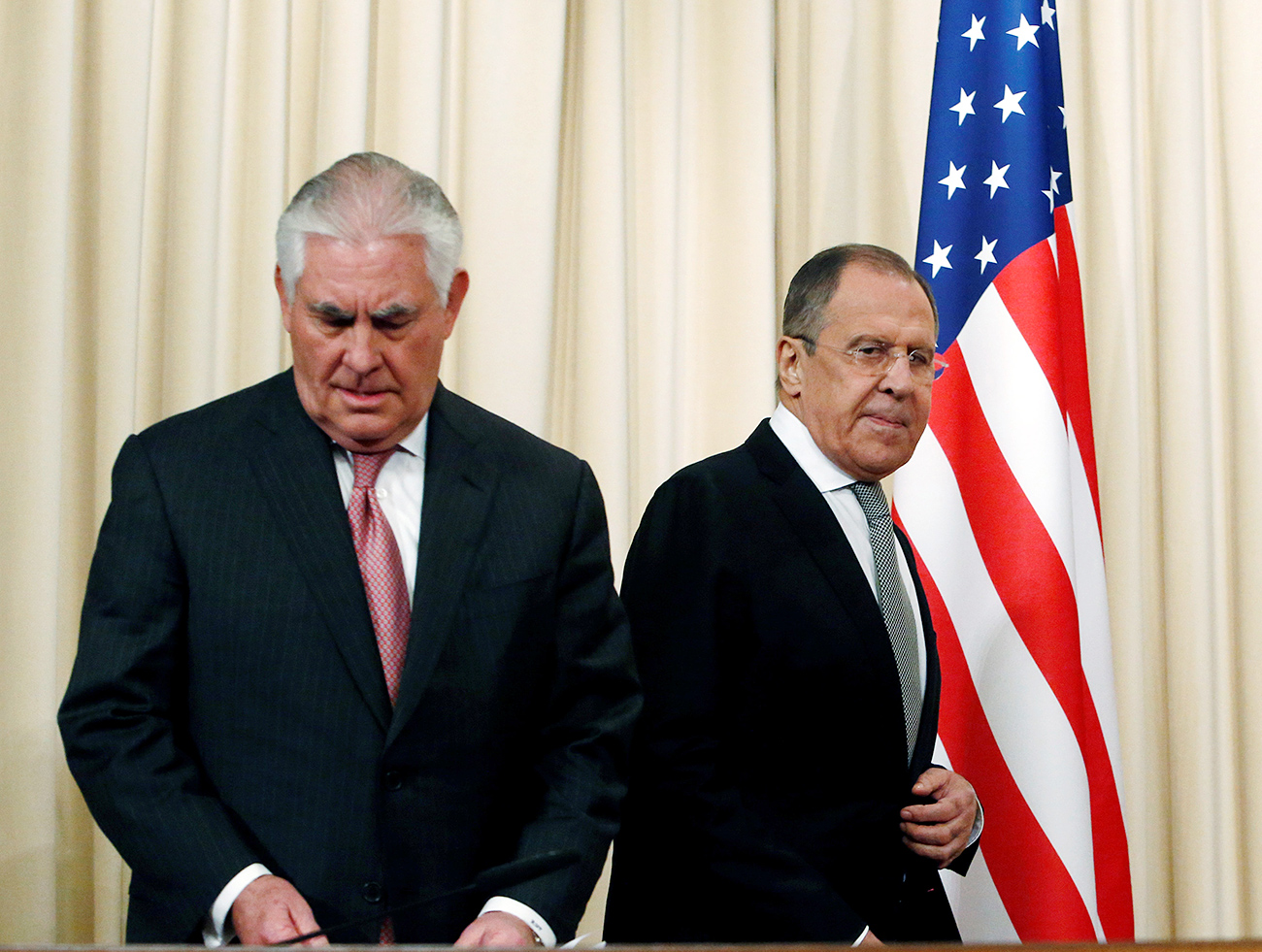 Russian Foreign Minister Sergei Lavrov will make a working visit to Washington in line with Russia's agreements with the US.

US Secretary of State Rex Tillerson and Russian Foreign Minister Sergei Lavrov will have a meeting in Washington on Wednesday, May 10, with Ukraine, Syria and US-Russian relations to head the agenda, the US State Department said on Monday.

"Secretary of State Rex Tillerson will meet with Foreign Minister Sergey Lavrov in Washington D.C. on Wednesday, May 10, to discuss Ukraine, Syria, and bilateral issues," the State Department said in a press release.

"On Ukraine, the sides will discuss the need to stop the violence in eastern Ukraine and resolve the conflict through the full implementation of the Minsk agreements," it said.

"On Syria, the Secretary intends to discuss efforts to de-escalate violence, provide humanitarian assistance to the Syrian people, and set the stage for a political settlement of the conflict," the press release reads.

Earlier in the day, the Russian Foreign Ministry said Lavrov would make a working visit to the United States on May 9-11 in line with Russia’s agreements with the US. The talks with US Secretary of State Rex Tillerson are scheduled for May 10 in Washington.

"At the talks, [the top diplomats] will exchange views on topical world issues and pressing issues of bilateral relations," the ministry said. "Afterwards, Sergei Lavrov will participate in the Arctic Council Ministerial Meeting in Fairbanks."

Read more: Is the world gearing up for ‘Cold War: The Sequel’?