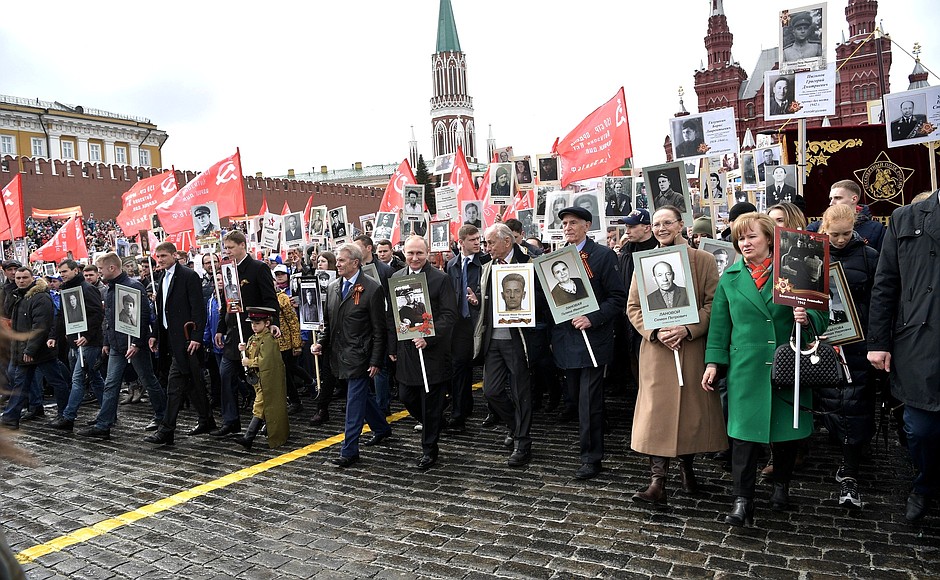 "More than 2,000 events have taken place in Russian cities and towns within the framework of the ‘Immortal Regiment’ march," she said.

"The ‘Immortal Regiment’ ranks have been joined by 7.8 million people throughout Russia."

People carry portraits of their relatives who fought during the war. / Photo: Kremlin.ru