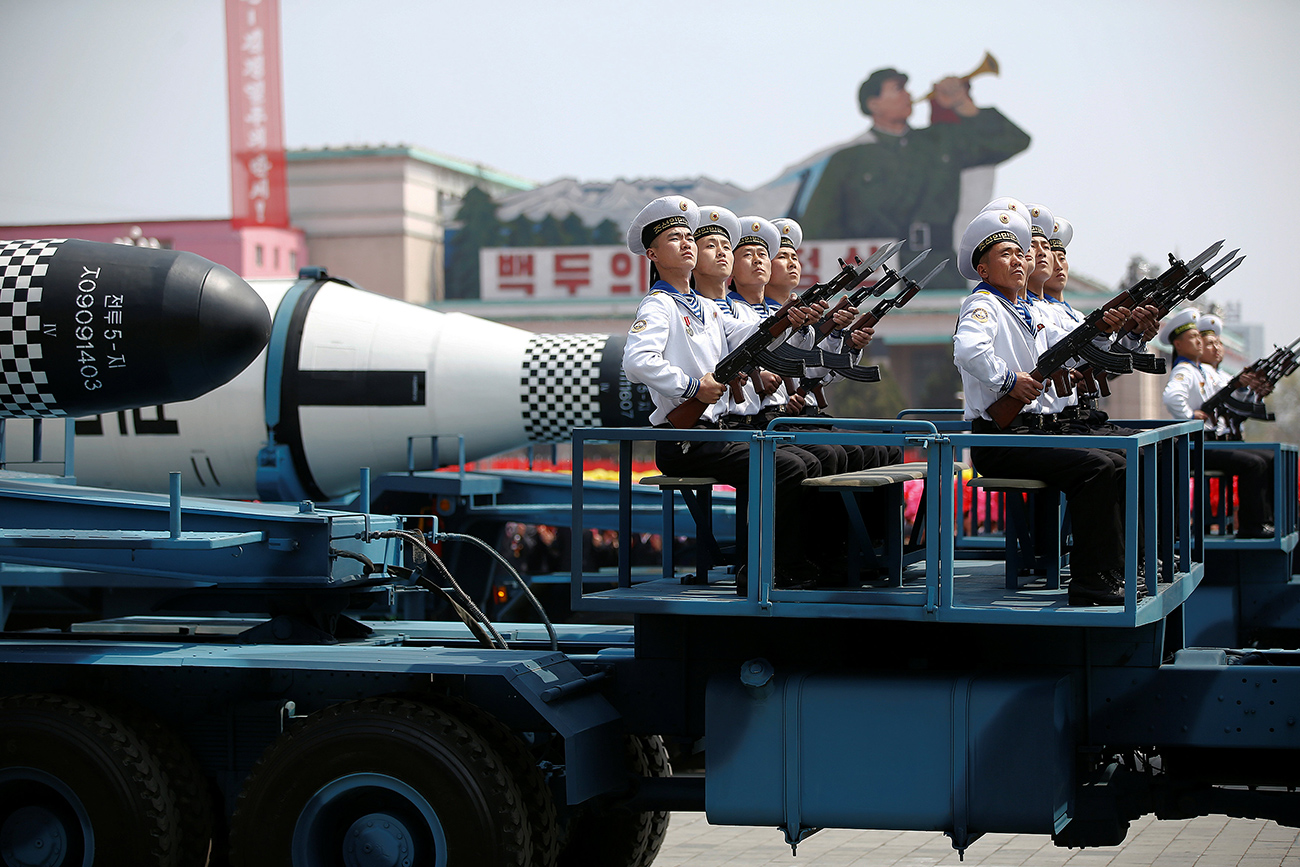 'The Russian missile early warning systems detected at about 23:30 Moscow time on May 13 the launch of a ballistic missile from the territory of North Korea. The missile early warning systems tracked the ballistic target during 23 minutes of its flight until it fell in the central part of the Sea of Japan (about 500 km away from the territory  of Russia),' the Defense  Ministry said in a statement.

The North Korean missile’s flight trajectory was directed away from the border of Russia and at a considerable distance, the Defense Ministry said.

'This missile launch posed no danger for the Russian Federation. The Russian missile early warning systems and alert air defense forces are on combat duty in a planned regime,' the Defense Ministry said.

North Korea fired a ballistic missile on Sunday from the area north-west of the town of Kusong. According to the Japanese government’s data, the missile flew about 800 km and fell in the sea outside Japan’s exclusive economic zone. Last time Pyongyang test-fired a medium-range ballistic missile from that region was in February this year.