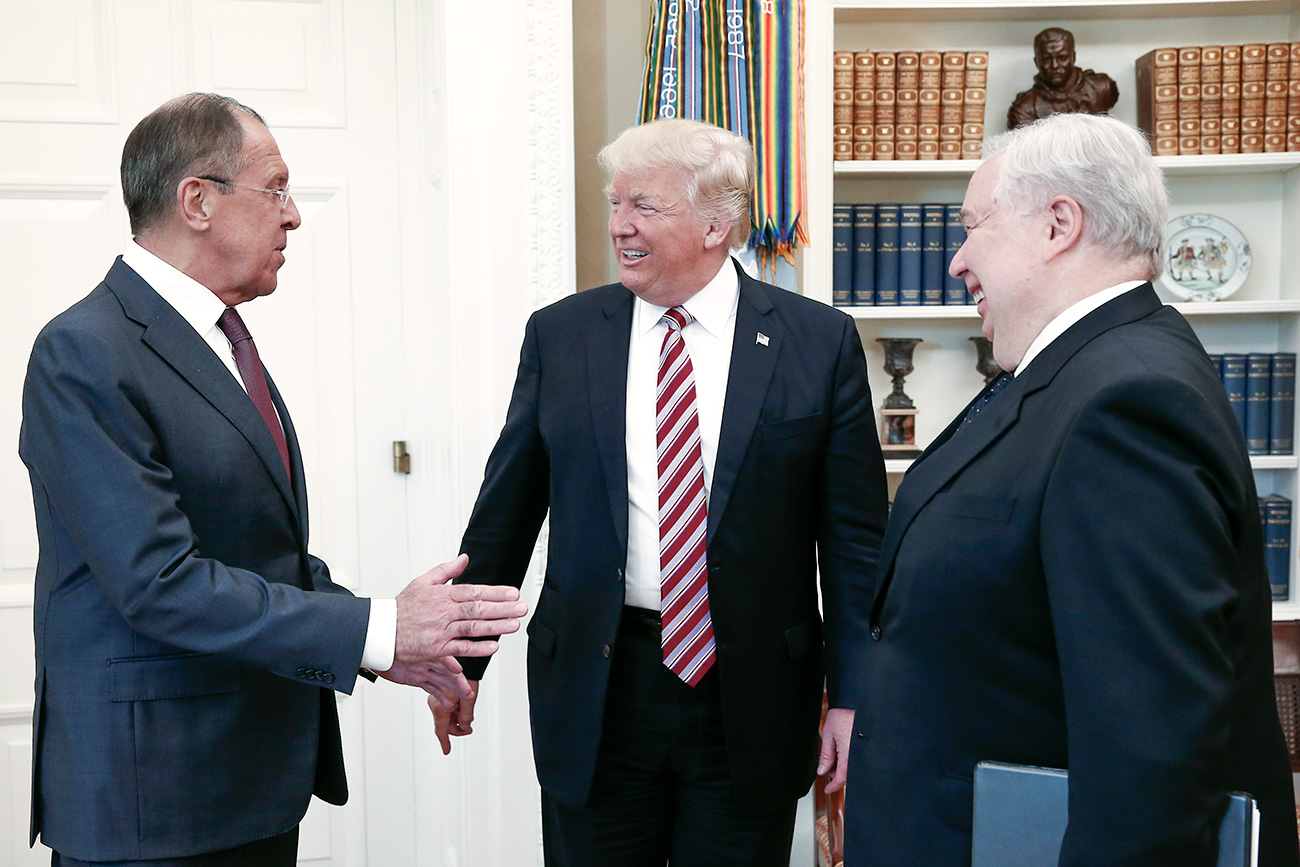 Russia's Foreign Minister Sergei Lavrov, U.S. President Donald Trump, and Russia's Ambassador to the U.S. Sergei Kislyak during a meeting in the Oval Office at the White House.

Alexander Shcherbak/TASS
'If the U.S. administration considers it possible'

Russia is ready to provide the transcript of a talk between Russian Foreign Minister Sergey Lavrov and U.S. President Donald Trump, if the U.S. administration is not against this, Russia’s President Vladimir Putin said on May 17, TASS reports.

Putin made this statement after the Russian-Italian talks, commenting on the reports that Trump had allegedly shared secret data with Lavrov.

Kremlin aide Yuri Ushakov said the talk was about the transcript. "It is [audio recording] is not made," he said. "A transcript is made by a person who is specially present for this during talks," he said.