Millions of Russian believers may pay homage to relics of St. Nicholas 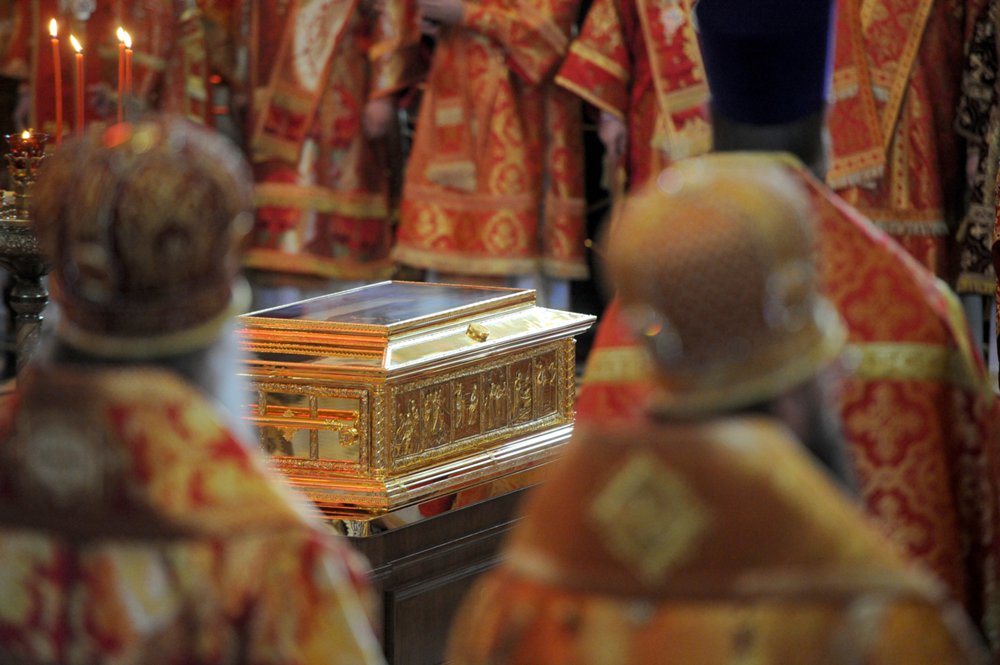 The relics of St. Nicholas the Wonderworker were delivered to Moscow.

Andrei Lubimov / Moskva Agency
St. Nicholas the Wonderworker is one of Russia’s most revered saints

Several millions of believers may pay homage to the relics of St. Nicholas, Roman Lunkin, Senior Researcher and Head of Religious and Social Studies Center at the Institute of Europe of the Russian Academy of Sciences, told TASS.

"I believe that more than a million people are sure to come, while the total number of believers paying homage to the relics during their display in Moscow and St. Petersburg could even reach several million," he said.

Lunkin pointed out that he did not see any issue related to ensuring public order during an event involving such a great amount of people.

"Of course, much will depend on the interaction between church organizations, law enforcement agencies and other services. Many police officers have already been deployed to ensure order. On the other hand, there is a strong volunteer movement with the Russian Orthodox Church so I am not concerned in this regard at all," he added.

St. Nicholas the Wonderworker is one of Russia’s most revered saints. / Photo: Andrei Lubimov / Moskva Agency

According to the religious expert, the faithful take great interest in this event because St. Nicholas the Wonderworker is one of Russia’s most revered saints.

"It is a special saint for the Russian people in every respect. St. Nicholas is still considered as a saint whom people can always address in their hour of need. Many have taken to him as their close one," Lunkin noted.

He stressed that the agreement with Pope Francis on bringing the relics to Russia, reached by Patriarch of Moscow and All Russia Kirill, Head of the Russian Orthodox Church, indicated that relations between the Orthodox Church and the Catholic Church were beginning to normalize.