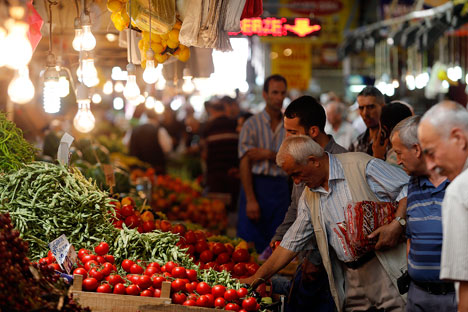 Russia and Turkey have signed a joint agreement on lifting mutual trade restrictions on the sidelines of the Organization of the Black Sea Economic Cooperation (BSEC) summit on May 22, TASS reports.

The document was signed by deputy prime ministers of the two countries - Arkady Dvorkovich and Mehmet Simsek. Heads of governments - Dmitry Medvedev and Binali Yildirim - attended the signing ceremony.

Earlier on Medvedev held talks with his Turkish counterpart on the sidelines of the summit.

According to the Russian government’s press service, he also plans to meet Turkey’s President Recep Tayyip Erdogan during his visit to Istanbul.