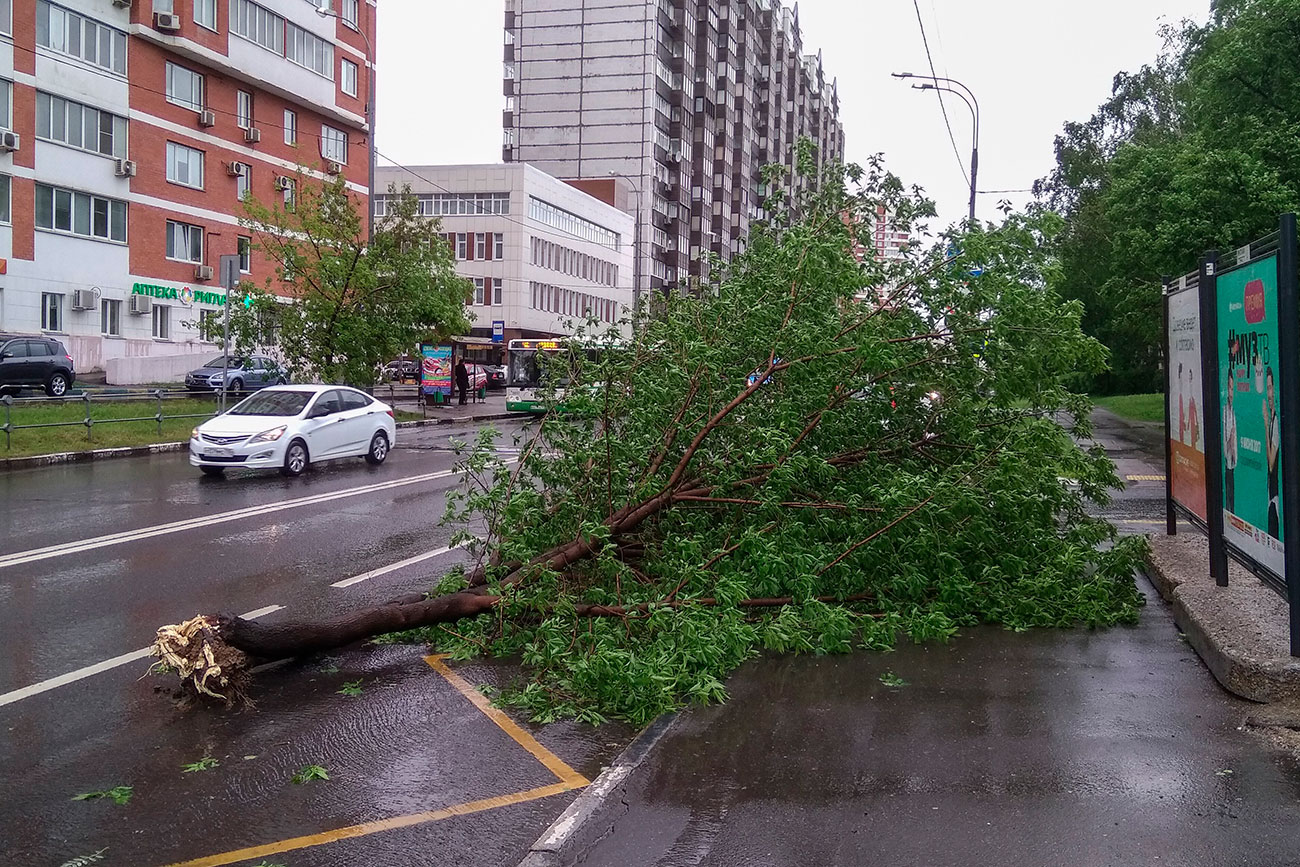 Violent thunderstorms in Moscow on May 29 afternoon have left at least 7 people dead and 69 injured, a source at the capital’s emergency services told TASS.

People were killed in different districts as trees and other objects were blown down, the source said. He said 69 people needed medical aid after the storm.

The authorities take necessary measures to deal with the aftermath of the thunderstorms, Mayor Sergey Sobyanin wrote in his Twitter account.

"My condolences to the next-of-kin of the dead," he wrote. "A destructive storm uprooted several hundred trees. We are taking necessary measures to liquidate the aftermath," he tweeted.