Russia-U.S. forum 'Fort Ross Dialogue' to be held in Russia for first time 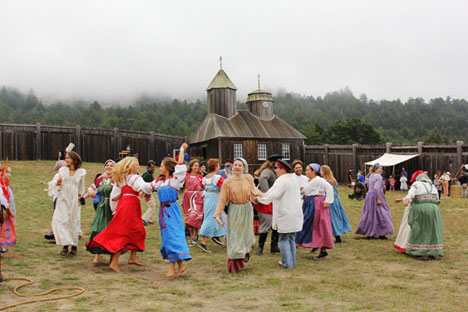 Fort Ross is a former Russian settlement and fortress.

Russian and U.S. politicians, cultural workers and experts will discuss the ways to boost cooperation and overcome differences between the two countries at a forum dubbed Fort Ross Dialogue which will be held for the first time in the Russian cities of Pskov and Izborsk on May 29-30, TASS reports.

The first day of the forum will be dedicated to cultural cooperation. Heads of Russian and U.S. museums will take part in a conference.

On the second day of the forum, the participants representing Russian and U.S. business and expert circles will focus on the potential of bilateral cooperation in the energy sphere. Besides, the Russian Council on International Affairs and the U.S. Center for Strategic and International Studies will present their joint report on Russian-U.S. relations.

The forum, held in the U.S. for six years, will take place in Russia for the first time upon an initiative by Russian state-owned oil pipeline company Transneft.

Fort Ross, a former Russian settlement and fortress, is now a national historic landmark in the U.S. state of California.