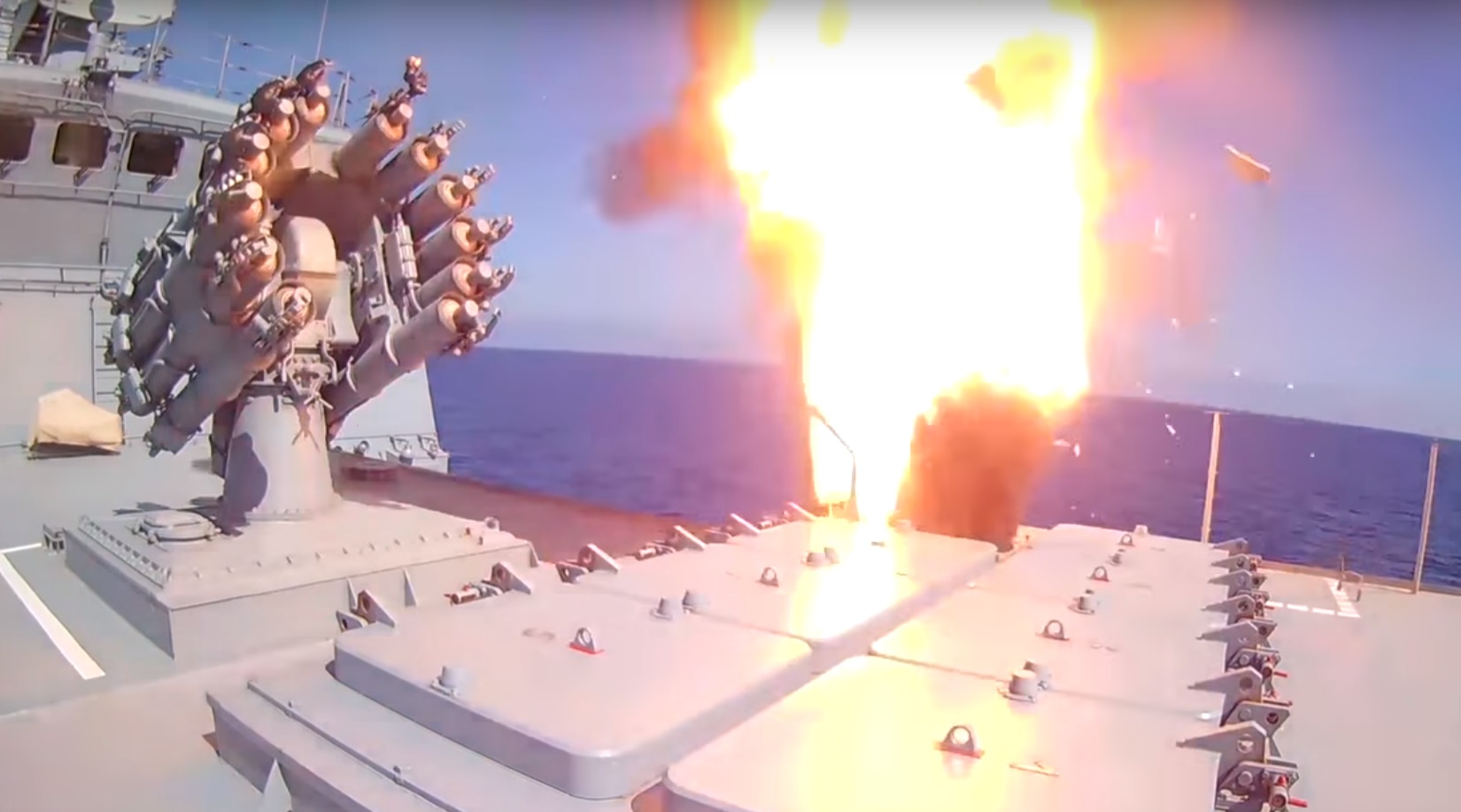 Mil.ru
'Russia’s navy has shown its ability to carry out effective attacks'

The Admiral Essen frigate and the Krasnodar submarine have fired four Kalibr missiles at the facilities of the Islamic State terror group (outlawed in Russia) located near the city of Palmyra, the Russian Defense Ministry said in a statement on May 31, TASS reports.

"The Admiral Essen frigate and the Krasnodar submarine currently deployed to the eastern section of the Mediterranean Sea, fired four Kalibr missiles at the IS facilities near Palmyra. All targets have been hit," the statement reads.

The statement also says that "the U.S., Turkish and Israeli military authorities were timely informed about cruise missile attacks, the current communications channels were used."

"The successful mission has proved the high level of the Russian navy’s combat readiness, particularly of the crews of the warships and the submarine involved in the cruise missile attack," the Defense Ministry pointed out.