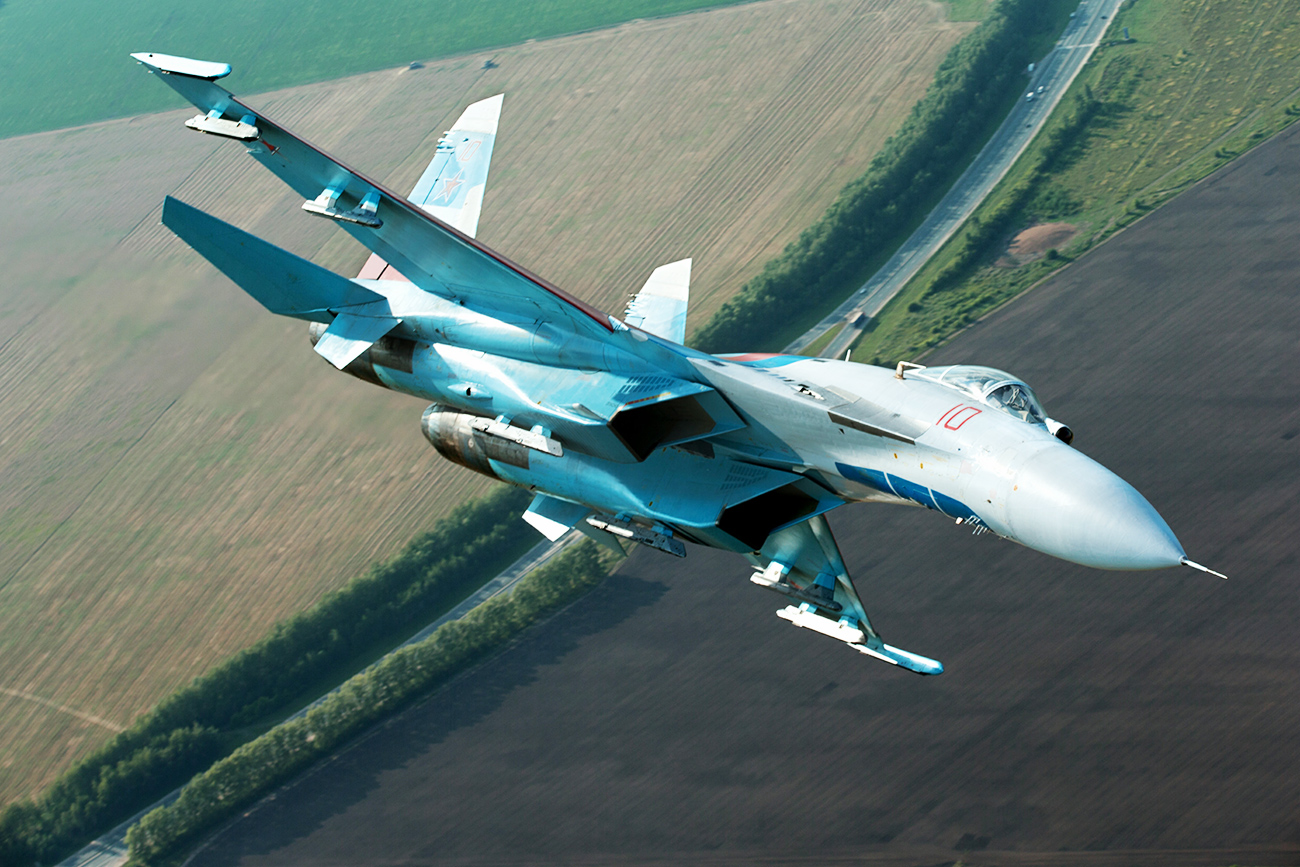 Russia’s Sukhoi-27 fighter jet has intercepted and escorted a U.S. B-52 bomber, which was flying along Russia’s border over the Baltic Sea, the Defense Ministry has told the media.

"On June 6, Russia’s airspace monitoring means at 10:00 a.m. Moscow time identified an air target flying along Russia’s state border over the international waters of the Baltic Sea. A Sukhoi-27 fighter jet of the Baltic Sea Fleet’s air defense force was dispatched to intercept the target," the statement runs.

"The crew of Russia’s Sukhoi-27 jet approached the aircraft staying at a safe distance, identified it as a U.S. strategic bomber B-52 and escorted it for some time," the Defense Ministry said.

After the U.S. bomber set a course away from the Russian border the Sukhoi-27 returned to base.

Read more: Wing to wing: Why did a Russian jet ‘greet’ a U.S. aircraft over Black Sea?