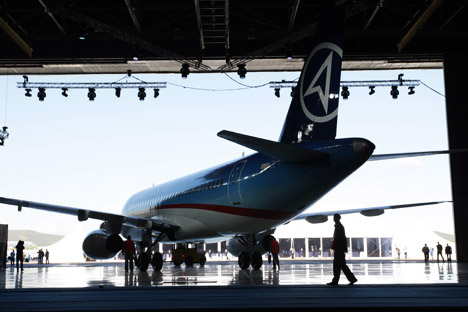 Italian air companies and the government are interested in Sukhoi SuperJet-100 (SSJ-100) assembly in Italy, according to the country’s economic development minister Carlo Calenda who had a meeting with Russia’s industry and trade minister Denis Manturov, the ministry’s press service said on June 7, TASS reports.

Following the meeting Manturov invited Calenda and Italian firms to participate in the Russia industrial exhibition Innoprom, the report said.

The Italian side also expressed interest in the assembly of Russia’s new passenger jet MS-21 that made its first flight on May 28, 2017.

The Sukhoi SuperJet-100 is a modern fly-by-wire twin engine regional jet. Its development was initiated in 2000. The airliner was designed and spearheaded by Sukhoi, a division of the Russian civil aerospace company (UAC) in co-operation with several foreign partners.