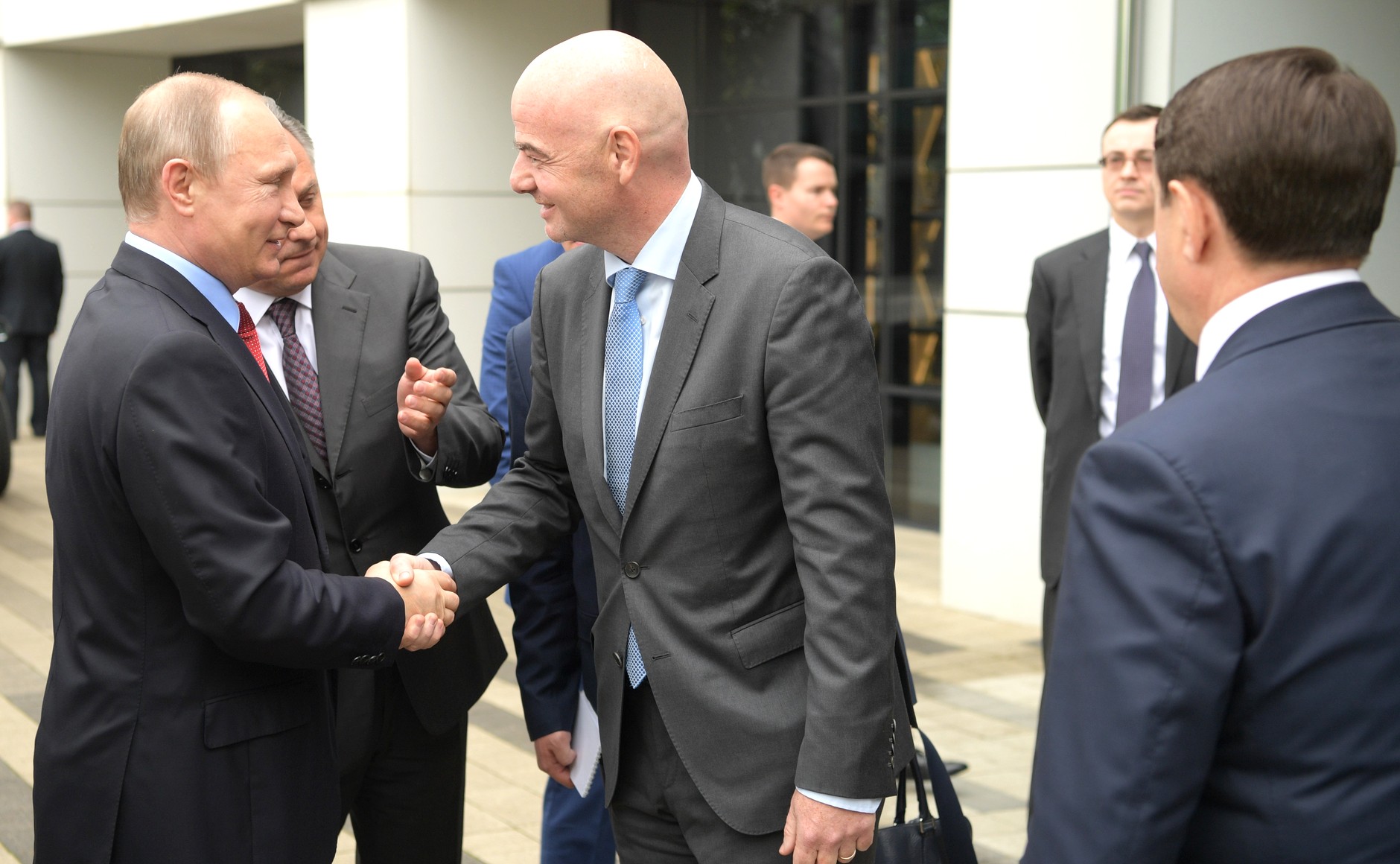 Kremlin.ru
The stadiums in Russia produce a big impression, he said

FIFA President Gianni Infantino said on June 18 he was pleased to see how the Russian football community has united around the preparations for hosting the 2018 FIFA World Cup.

The FIFA chief spoke before delegates of the Russian Football Union (RFU) in St. Petersburg.

The FIFA president said it was great honor for him to attend the RFU extraordinary conference.

As Infantino said, the FIFA will work with Russia for one more year to organize the best World Cup.

He added he was pleased to see that the Russian football family had united around the World Cup preparations.

Read more: 2018 FIFA World Cup host cities
This project has changed the landscape of the Russian football and football in the entire world. The entire world will be attentively watching what Russia is doing. We will prepare together the best tournament, Infantino said.

On June 17 the FIFA president visited the opening game of the 2017 Confederations Cup match in St. Petersburg, in which Russia defeated New Zealand 2:0. Infantino congratulated Russia with its victory in the first match. He also congratulated the local Organizing Committee, the Russian Football Union and all those who had taken efforts to hold the Confederations Cup.

The FIFA chief said he wanted to note the remarkable level of the infrastructure preparation in Russia for the 2017 FIFA Confederations Cup and the 2018 FIFA World Cup.

According to Infantino, the stadiums in Russia produce a big impression and both tournaments offer a good chance for all to give a new impetus to football development.

QUIZ: What do you know about Russia’s World Cup 2018 host cities?