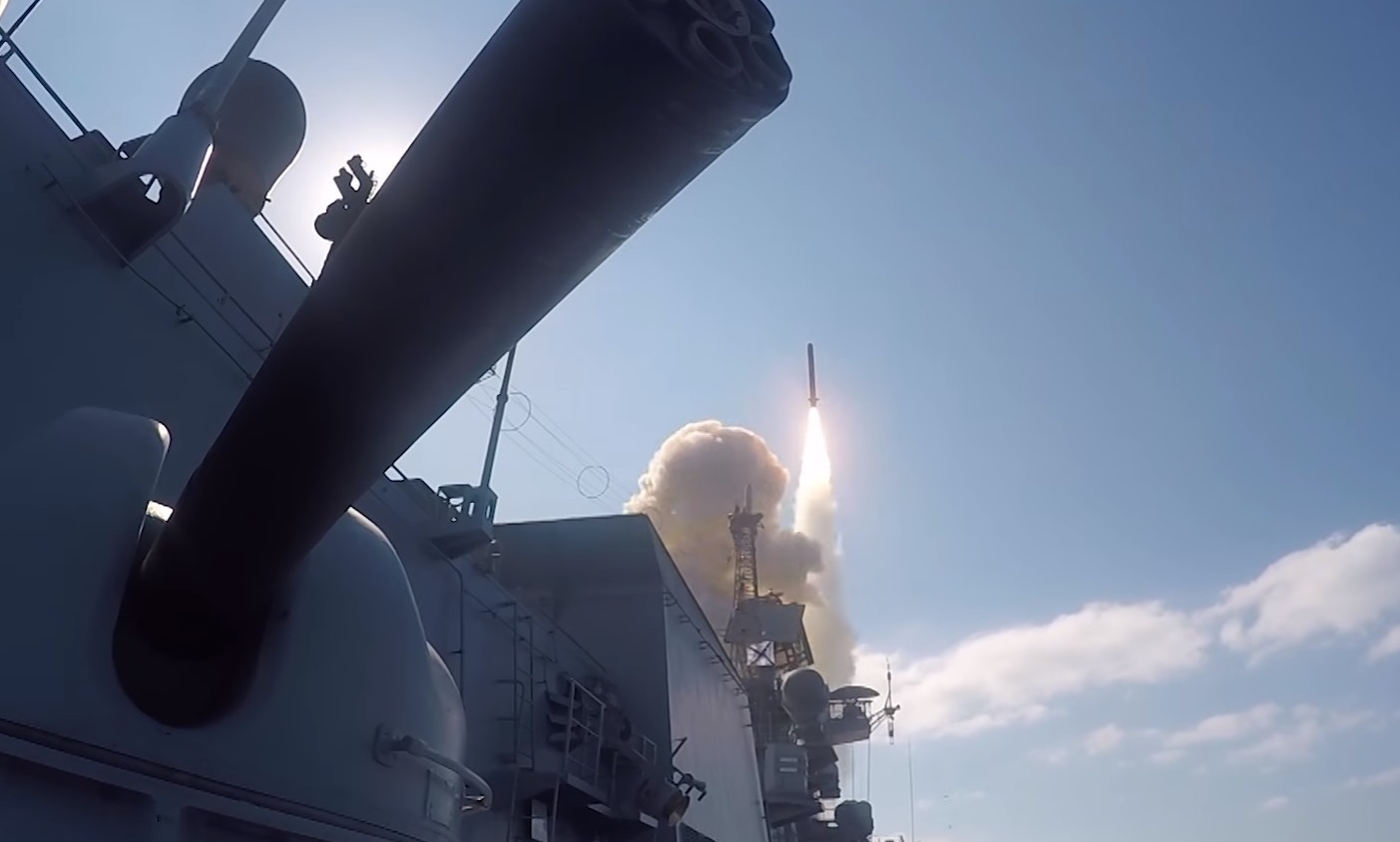 "The launches of six Kalibr cruise missiles were carried out from the eastern part of water area of the Mediterranean Sea by frigates Admiral Essen, Admiral Grigorovich and Krasnodar submarine of Russia’s Navy on the targets of the ISIS terrorist group in Syria," the statement said.

The massive missile strike destroyed command posts and large depots of armaments and ammunition of the ISIS terrorists near the Akerbat town in the Hama province, where an arsenal of gunmen was blown up after being hit by the Kalibr cruise missile, the ministry said.

"The remaining gunmen and targets of the ISIS terrorists were destroyed by airstrikes of bombers of Russia’s Aerospace Forces," it said. Russia informed the commands of Turkey and Israel timely about the launches of cruise missiles via channels of communication.

Read more: ISIS leader may have been killed by Russian airstrike in Syria