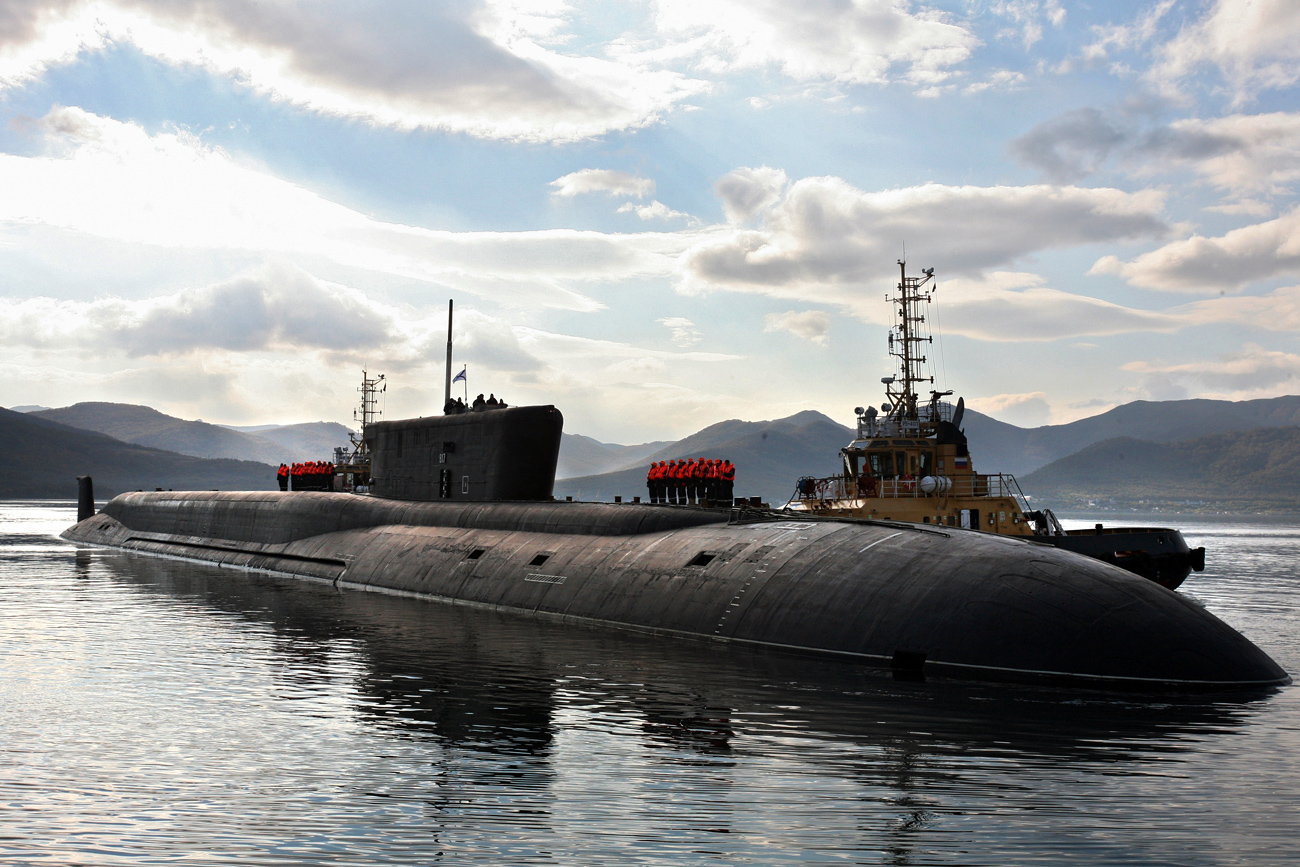 The Russian Project 955 strategic nuclear submarine Vladimir Monomakh at its permanent base in Vilyuchinsk, Kamchatka.

Ildus Gilyazutdinov/RIA Novosti
A third of sold warships were submarines

Russia’s state arms seller Rosoboronexport has exported about 50 warships worth $24 billion since 2000, the company’s press office reported on June 26.

"Over the last years, the share of naval hardware in Rosoboronexport’s export deliveries has equaled about 12 percent on average. Incidentally, this is comparable to the share of our competitors from leading military hardware exporting countries. Since 2000, we have exported about 50 warships, a third of which are submarines," the press office quoted Rosoboronexport CEO Alexander Mikheyev as saying on the eve of the International Maritime Defense Show in St. Petersburg.

"The total volume of naval hardware deliveries has reached $24 billion over this period," he added.

Rosoboronexport’s task at the 2017 International Maritime Defense Show is to lay the basis for signing new contracts, he added.

At the 2017 International Maritime Defense Show, Rosoboronexport will demonstrate the entire range of naval armaments and hardware supplied to foreign customers. Some naval weapon systems will be demonstrated for the first time while naval hardware well known on the arms market will feature improved versions. Rosoboronexport’s representatives will hold meetings with more than 20 foreign delegations.

The International Maritime Defense Show will be held in St. Petersburg on June 28 - July 2.

Read more: Why is Russia creating the biggest aircraft carrier in the world?