UN role in Mali and Syria: A comparison 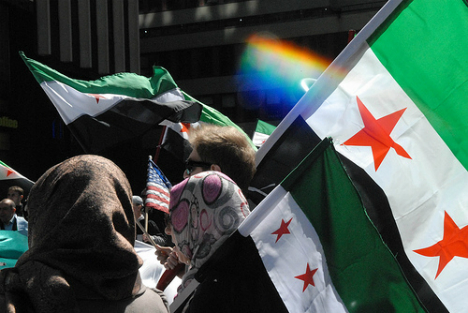 How can the UNSC become seamless in approving foreign intervention in Mali, but embroil in internal differences on the prospects of same mechanism in Syria?

The United Nations Security Council’s approval this week for the French military intervention in Mali emerges a stark contrast to its indecisiveness in case of Syria.

The approval was smooth as all the members including Russia supported the French role. Russia’s Deputy Foreign Minister Gennady Gatilov stated on January 14 that “In general, French military operation under a request of the Malian authorities lies within international legal frames.”

The G-8, of which Russia is a member, in its recent ministerial representatives’ meeting in London, unequivocally approved the French intervention in Mali. In a statement the representatives emphasised the urgency to stop the advance of militant groups and prevent the collapse of government in the African country.

Juxtaposing the UNSC roles in Mali and Syria, one can come across striking contrasts between the two cases. Despite numerous efforts, no unanimity could emerge so far among the members of the international body. As the conflict raged in Syria since March 2011, there have been attempts by some members to cruise through the UNSC their version of the conflict resolution. Broadly, two groups comprising Russia and China, and the US, UK and France could be identified on the question of foreign intervention in Syria. Despite frantic efforts of the United Nations Secretary General, and the UN representatives, including the former UN Secretary General Kofi Annan, and the current Algerian diplomat Lakhdhar Brahimi, and meetings between the diplomats of Russia and the US in Geneva, no concrete roadmap has been evolved to address the conflict in Syria.

It is pertinent to ask: how could the UNSC become seamless in approving foreign intervention in Mali, but embroil in internal differences on the prospects of same mechanism in Syria? The following points must be taken into consideration while unravelling this puzzle. The case in Mali is a universal concern. All multiethnic and pluralistic countries abhor any rise in religious extremism, whether it is in Africa or any other part of the world. Mali since last year is undergoing a phase of turmoil with Al Qaeda supported Islamic militant groups such as Ansar al-Din, Movement for Oneness and Jihad in West Africa challenging the Mali government.

The Islamic militants took control of large swathes of territory in northeastern part of the country, imposed Sharia on the population, and established a power centre in Timbuktu. In a Taliban fashion (as the Taliban destroyed the Bamiyan Buddha), the Islamic militants destroyed heritage sites in the region. The United Nations estimates 150,000 people have fled the country, and 230,000 have been internally displaced due to the militant onslaught. The Islamists attempted to take control of the whole country, and with the onset of the New Year started marching towards south with the city of Konna falling into their hands. The 15 member groups of Economic Community of West African States (ECOWAS) also played an active role in countering Islamic militants and in December 2012 the UN approved their intervention in the country. The ECOWAS member countries have supported the French intervention and fought along with them against the militants. It can be added here that Mali was a French colony till 1960.

In case of Mali, there is a consensus among major players that the situation will deteriorate unless military intervention is made. Russia’s Africa envoy Mikhail Margelov emphasised in an interview on 16 January 2012 that Russia would play an active role in supporting the UN and African Union role in Mali, and stressed that “Mali stood at the crossroads of economic interests, including those of France and Russia.” The Mali question avoids at present any subtle dimensions of power game among major players. None of the major players, or members of the UN, will be interested to witness the proliferation of Al Qaeda like elements in Mali or elsewhere. Any success of Islamic militants in Mali will embolden similar elements in Africa. Already Arab and Africa are hotspots in global issues of religious extremism and terrorism. One of the West African countries Nigeria is in news due to the rising menace of radical organization Boko Haram. Similarly in recent weeks Yemen has witnessed violent turmoil due to the rise of Al Qaeda in the country. The founder of Al Qaeda, Osama bin Laden was from Yemen.

The Syrian case is different, hence the apparent failure or weakness of the international body in resolving the problem. Syria was neither an epicentre of religious fundamentalism and terrorism.  It was relatively peaceful as many other Arab countries. It did not witness any sectarian violence, or proliferation of weapons of mass destruction. None of the major powers has raised any such issues as a pretext for external intervention in Syria. As the rebels started their programmes against the Assad regime in March 2011, international concerns poured out as to the future of the country, which as the later developments indicated could prove a sectarian powder keg. Syria currently emerged as a debilitating scenario in which the two major sects of Islam, Shia and Sunni, are against each other. The initial regime change movement has transformed into a Sunni-Shia tussle with Sunni Arab countries supporting the rebels, and the Shia countries supporting the Assad regime. More so, the indigenous nature of the rebellion has transformed into a foreign funded operation with Al Qaeda members joining the ranks of the rebels, and squeezing out the local protestors.

Unlike in case of Mali, the international powers have differences as to how to tackle the Syrian crisis, which has also witnessed loss of thousands of lives, human rights violations and displacement. The long term consequences of the conflict will be equally horrendous. Russia has made a vigorous attempt for a political solution of the conflict, with rebels and Assad government joining the dialogue process. Russia along with China has opposed any external intervention in Syria, while the other members including the US, UK and France have explored the prospects of military intervention. Due to these differences, the United Nations – mandated to be the custodian of international peace and security – has proved ineffectual. One can only hope that the Mali precedent will impact the members, and help them sort out differences towards devising a peaceful resolution of the Syrian crisis.