The specter of Nazism still looms in Europe 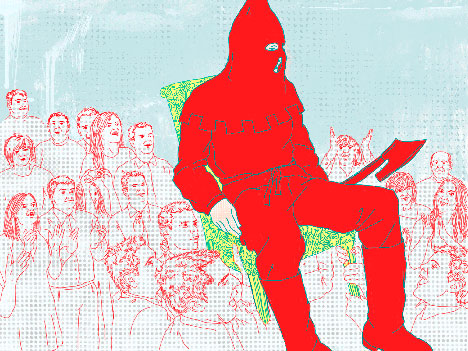 Nazism spread in Germany because of widespread social dissatisfaction and polarization, coupled with a lack of real political alternatives. Fyodor Lukyanov argues that these same symptoms are still present in Europe today.

The question of how one of the most developed and cultivated nations in Europe could have swallowed the bait of a misanthropic populism and succumbed to the illusions of perfectly simply solutions continues to haunt scholars to this day. Although Europe has learned some lessons from the events of the 1930s, the inoculation is scarcely likely to last forever.

Nazi ideology was based on the absolutism of nationalism in its most primitive racial form. Despite all the changes that came with the 21st century, nationalism as a means of self-identification and structuring political space has not gone away.

On the contrary: the more all sorts of borders are erased (a result of globalization), the more people try to hold on to something familiar and traditional. A person’s national identity — and the particular understanding of history, culture and religion that it entails — is the most natural foothold.

Nazi propaganda to be banned in Russia

This situation is exacerbated by a social demarcation. The problem facing Western societies today is the erosion and thinning of the middle class — the very class that has always been considered the guarantee of a democratic system. Part of the middle class is turning into a cosmopolitan stratum capable of deriving gains from opportunities in the open global economy.

However, there is another part of the middle class — a numerically larger part — whose opportunities are shrinking because they now have to compete with virtually the entire world. They have to compete with the cheap work force in Southeast Asia or programmers in India and Belarus, who, through outsourcing, do their old jobs. It is these people in the middle class, now losing their foothold and in fear for their status and their future, who make up the nucleus of dissatisfaction.

They are becoming proponents of protectionism in the broadest sense — a defense of their accustomed conditions of existence, rooted in the national soil. Their fury may be directed at various objects — the Brussels bureaucracy, transnational corporations, foreign fat cats buying up villas on the coast, or increasing numbers of Muslim migrants.

The triumph of Nazism was, of course, connected with the Great Depression that afflicted the world at the end of the 1920s, but the economy was sooner a catalyst. Hitler knew how to use the feeling of national humiliation, which German society had suffered in the aftermath of World War I.
Today there is no such feeling, and a major war in the developed part of the world is virtually out of the question. However, a consciousness that has been stung by the unfairness of the surrounding universe is also a very powerful factor.

The current generation of Europeans understands that they will live not as well as their parents, while their children will probably live even less well. The exhaustion of the model state of general prosperity (as provided to the world since the 1950s by the development of Europe) is dangerous precisely because of this sense of regression and this unpleasant comparison of how things were, how they have become and how they will be.

From this comes the phenomenon of the revolt by youth with a conservative spirit: “Don’t change anything, don’t touch anything, leave everything as it was.” This is in striking contrast to the riots of 1968, when student protesters passionately demanded change.

These moods — and there is no reason to believe that they will disappear in the foreseeable future — favor two categories of political forces: the extreme left and the extreme right. The first stigmatize the “fat cats”, the second the “just arrived.”

The most dispiriting example of development is Greece, a bankrupt country being kept afloat artificially. In the last Greek elections of 2012, the greatest increase in votes was garnered by leftists and xenophobic nationalists.

The polarization of extremes in the absence of a real alternative to the current policy: that was the Weimar Republic in the last years of its existence. Greece is an extreme example; other countries in southern Europe have not reached such hopelessness, but the parameters are the same. A government of technocrats grits its teeth and imposes draconian measures, while dreading the next elections when the voters may take revenge. The question is this: will there come a point when the mainstream party decides to forge an alliance with more extreme forces so as use them in their interests? We know very well what this led to in Germany.

Hitler came to power by democratic means. This is a classic example of the fact that democracy is merely an instrument or a procedure, rather than a means of resolving problems or a panacea for social ills. A society without democratic traditions — or one riven by strong emotions — is usually incapable of imbuing the idea of democracy with real meaning.

This seemingly obvious lesson was forgotten by the end of the 20th century, when the victors of the Cold War turned democratization into a kind of secular religion with immutable dogmas. Today, the Middle East is a stage for yet another act in the historical drama that threatens to discredit democracy once again.

Fyodor Lukyanov is Chairman of the Presidium of the Council on Foreign and Defense Policy.