Why Russia’s soft power is too soft 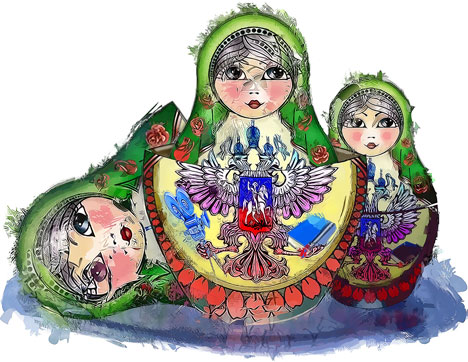 Nearly all discussions about Russia’s soft power lead to the conclusion that if a country wants to gain influence in the world, it must have an attractive model to offer other countries.

Soft power has become the recent focus of discussion around Russia’s foreign policy. Observers argue that Moscow, which still believes in the decisive role of weapons and other traditional elements of power, is losing the information and image war. Impressions are becoming a real influencing factor in our interconnected world. But Russia’s understanding of soft power differs radically from that of the West.

The Russian authorities have set three ambitious goals in the foreign policy area. The first is to promote Russian culture, the Russian language and the Russian education system as attractive and competitive. A noble goal for sure.

The second is to counter the foreign media’s negative depiction of the country’s policies and the Russian way of life. This is an old goal, but achieving it at this stage demands fundamentally new and costly tools.

The third goal is to create a group of “Russia’s friends” around the world. Sources in government say that Russia’s new foreign policy concept involves reviving the Union of Friendship Societies, and even holding International Festivals of Youth and Students.

In other words, Russia plans to revive Soviet-era practices that were quite effective. But can they be applied in modern times?

The Soviet model was based on the idea of social progress and justice (I am not going to discuss that model’s success, as this is of secondary importance when it comes to the ability to project the desired image). The Soviet Union not only offered an alternative social model, but also actively promoted it outside Russia, challenging its ideological opponents and promoting an image of the Soviet Union as a potentially powerful patron.

Moreover, the Soviet Union not only promised help – it lavished it on countries that accepted its patronage. Modern Russia, with its “profit first” mentality, has become more pragmatic in relations with other countries, and, as a result, less attractive as a partner.

Russia lacks an ideological foundation on which to develop a concept that appeals to other countries. It has exhausted the Soviet model and is groping for a replacement, but has so far formulated only traditional ideas based on conservative values, which are by definition incapable of spurring progress.

Judging by the recent initiatives, even the country’s quest for a new Russian identity is taking it further into the past, to the well of pre-Soviet traditions. Russia’s past has quite a few glorious chapters, which should definitely be used as an example. But can looking to the past be an effective way to lead a country into the future?

Moreover, in today’s world, you can’t base an international festival of youth and students on a conservative message and on reverence for the “golden past.” This is unattractive even to the neighbouring countries, where some still pine for the tranquil life of the Soviet Union. And it is completely unacceptable to engaged and forward-looking citizens.

The notion of justice in Russia’s preliminary foreign policy concept is even less attractive. Since the dissolution of the Soviet Union, Russia has been perceived as a country that lives off its hydrocarbon resources, but cannot even distribute the oil and gas revenues more or less to the benefit of the majority of its population. This is how most Russians see their country from within, and the authorities will hardly be able to project a different image to the outside world.

The allure of recreating these Soviet-era festivals can also be explained by their slogan, “For anti-imperialist solidarity, for peace and friendship.” “Anti-imperialist solidarity” – which is to say, resistance to Western and in particular US domination – does not contradict Moscow’s current policy. However, in the Soviet Union this was more than a mere slogan, it was real policy used to recruit other countries.

Russia enjoys a degree of prestige among former “third world” countries. People there still see Russia as a kind of counterbalance to the cultural and political monopoly of the West, if not a real alternative.

But this view of Russia is waning for several reasons. First, Russia does not present a real challenge to the West: it stubbornly rejects any new models and formulas, and protects its own interests and positions at the expense of being a leader.

Second, the Soviet Union’s anti-colonial slogans were popular in the second half of the 20th century, when empires were collapsing around the world, but Russia is currently busy trying to sort out its own post-imperial legacy. The current dislike for the West in the developing world, exemplified by the Arab Spring, does not translate into greater affinity for Moscow. Russia, which continues to exude its traditional pathos amid the dramatic changes in the region, is still seen as a reactionary, rather than a progressive country. This has something to do with the permanent seat on the UN Security Council that Russia inherited from the Soviet Union, which has become a major irritant for the majority of the world’s countries. As for the most traditional countries and governments – Persian Gulf monarchies and the European ultra-right – they are unlikely to feel any kinship with Russia, albeit for different reasons.

Nearly all discussions about Russia’s soft power lead to the conclusion that if a country wants to gain influence in the world, it must have an attractive model to offer other countries. This is the only way to project a positive image and have a positive impact. Russia is moving toward a new identity, which is a difficult and painful process without a clear path or end point. The current conservative trends in Russia do not represent the final destination, but only the first step in a long journey. And until the Russian nation defines its goals and guidelines for itself, it will be unable to offer anything attractive to other countries. Therefore, soft power will be at best limited to a set of technical measures – not entirely useless, but ultimately ineffective.