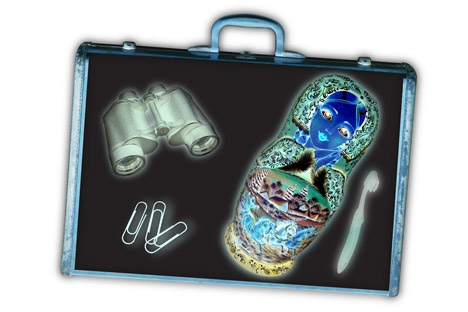 In response to Russia’s support of Bashar Assad in Syria, Russia has been condemned in Arab media and press as hostile to Islam, exporting only “immoral values” to the region. Independent journalist and political analyst Alaa Omar takes a look at the other side of the coin and defends the significance of Russian-Arab relations.

Russia’s official position on the unfolding situation in Syria is facing active rejection among many Arabs. Within the Arab world, the uprising against the Syrian regime is seen as a people’s rebellion. But Russia does not view these events as the Syrian people fighting for their rights — and I am certain that the armed uprising of the anti-government forces is a result of Western policy, and is being perpetuated for Western ends.

Let us remind ourselves of the facts here: for decades, the West did not care a bit for the needs of this beleaguered Arabic nation and, instead, fostered and fed cozy relations with a leadership that suited them... and whom they dumped at the first suggestion that they had become “used goods.”

In the wake of Moscow’s disinclination to walk in step with Western initiatives and assessments on Syria in the Arabic-speaking blogosphere, Russia has come in for the sternest condemnation in the press and online media. The initiators of this condemnation, along with activists behind Internet social networks, forecast dire change in this Arabic land. Their main stress is placed upon the rise of radicalized Islamist feeling that is allegedly benefiting from the ostensibly burgeoning support of ordinary Syrians.

Russia is denounced in all this not only for its alleged hostility to Islam and its believers, but also for engaging in the distribution of “immoral values” within the Arabic world.

“The only aid Moscow can send us is hookers,” write a number of Arabic online media sources.

Such unimaginative and catchy slogans can be heard frequently leaving the mouths of opposition members on countless television talk shows.

It is pretty hard to go along with the idea that Arab states have only benefited from a flotilla of floozies from Russia over recent decades. Many Arabic countries owe the rosy health of their economies to Russian technical know-how — but you cannot talk sense to someone with their fingers in their ears.

But suppose for a moment we try to believe these absurd allegations against Russia: would it not be worth asking what Arab countries export to the West, other than oil and gas? We have to admit that the first thing that comes to mind is Islamic fundamentalism, in its most radical kind. A rash of terrorism is our leading export, one which barely excludes a single household of the faith — not even its most moderate followers.

What happens when we try and compare these different “export goods”? Prostitution is inured in Arabic states and historically follows the rules of supply and demand. It is a transaction in which two parties engage. In the majority of Arabic countries, it has semi-official recognition and is widely deployed by the security services as a means of keeping an eye on suspects or dubious fellow countrymen.

Even foreign tourists frequently fall prey to the Arabic purveyors of female charms, then finding their sexual liaisons recorded on audio or video by special services dedicated to the preservation of public morals and values.

In a sense, the export of prostitution deserves lesser condemnation that the export of terrorism. After all, prostitutes do not practice their trade under the precepts of Holy Scripture; nor do they attempt to compel their clients to cast everything aside and follow their righteous path. Meanwhile, the preachers and imams of the mosques issue fatwas for straying from the faith and indulgences for those who slay the infidels — and sometimes for slaying the faithful too.

It is true that you can find quite a few blondes from northern climes in the Arab world; but not every Russian-speaking blonde is a passport-holding Russian. It is a language common to all the many countries which were once parts of the Soviet Union.

Russia did not invent the white slave trade. There are many Arabic women, regrettably, who are doing bodily business in competition with their “colleagues” from foreign countries. Putting the blame on Russia for “immoral exports” to the Arab world means wrenching out a tile from the mosaic of pebble-sized arguments, which fail to give a true picture of the complex and valuable relations the Arab world has with this great country.

Alaa Omar is an independent journalist and political analyst who works in Arabic-speaking media.