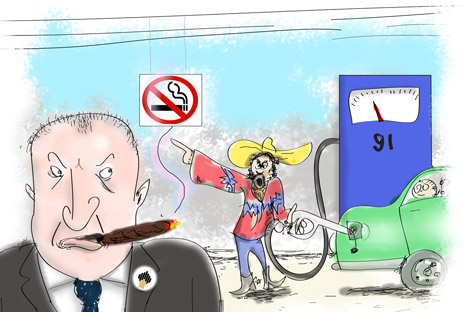 The alliance between Russian and Venezuelan energy companies will likely outlast the regime of the late Hugo Chavez, thanks to megadeals struck with Rosneft boss Igor Sechin.

In September last year, Russia’s oil giant Rosneft signed an agreement with Venezuela's Corporacion Venezolana del Petroleo (CVP), a subsidiary of Petroleum Petroleos de Venezuela (PDVSA), to set up a joint venture. According to Rosneft’s influential CEO, Igor Sechin, the Russian firm will invest $16 billion in the development of one of CVP's fields.

This investment comes on top of$20 billion of Russian investment already planned into the Venezuelan energy industry.

What does Chávez's death mean for Moscow?

In an interesting first for Russian companies, Rosneft agreed to pay a $1.1 billion signing bonus, simply to gain access to fields with the prospect of bringing them online in 5 to 10 years’ time.

Rosneftalso promised to provide CVP with a $1.5 billion credit line for five years. In return, Russia’s biggest oil firm is due to receive a 40 percent stake in the Carabobo-2 field in the Orinoco oil belt. To fulfill the contracted annual production level of 400,000 barrels per day by 2018, Rosneft will have to build a plant at a cost of up to $7 billion, which will refine the local heavy oil to marketable quality.

These costs are on top of the $16 billion investment  previously announced by Sechin.

Russian oil companies have been operating in the country since 2009. Under the National Oil Consortium, five Russian companies (Gazprom Neft, Rosneft, Lukoil, TNK-BP and Surgutneftegaz) agreed to invest $20 billion in Venezuela's Junin-6 project, where production began last spring. Until recently, the lead negotiator with the Venezuelan authorities was Gazprom Neft.

Next up was Rosneft's takeover of TNK-BP's Venezuelan stake. As a result, the main role in the consortium now belongs to the state-controlled company.

Meanwhile, two other major players – China and the United States – are looking to graze Venezuela's oil pastures. While the Russians squabble amongst themselves, they are preparing to strike.

Since 2008, Chinese energy companies have invested $20 billion in Venezuela, and the oil is already gushing. Under the Sino-Venezuelan project Sinovensa - a joint venture between PDVSA and China National Petroleum Corporation, or CNPC,120,000 barrels per day were being produced as of the end of 2012 — six times more than at Junin-6.

CNPC’s plans include hiking production to 330,000 barrels a day, for which purpose China has granted the Latin American country a loan of $4 billion. In return, Venezuela is exporting 400,000 barrels of oil per day to China at below market prices. The price in 2011, for example, was $101 a barrel (compared to an average Brent price of $107.50).

Moreover, the Venezuelan government covered the cost of shipping the oil from its ports all the way to Singapore. That set the Chavez regime back an extra $3 per barrel, according to Jose Suarez Nunez, editor of energy newsletter Petrofinanzas. As a consequence, the trade turnover between the two countries mushroomed from $300 million in 2001 to $17 billion in 2011.

These export run very smoothly indeed. In the U.S., PDVSA's subsidiary CITGO Petroleum Corporation imports and refines oil and petroleum products, and also markets and sells gasoline and lubricants through its vast network of filling stations. According to Venezuelan Minister of Petroleum and Mining Rafael Ramirez, to support the network of gas stations, the country sells crude oil to the U.S. at $3-4 below market prices.

Today, no one knows exactly what will happen in Venezuela following Chavez’s death. Political chaos, a military coup or civil war are some of the risks that potential oil players in Venezuela could face. There is even a chance that opposition leader Henrique Capriles, who secured 45 percent of the vote in October’s presidential election, could come to power in the upcoming election.

During his campaign last year, Capriles announced that he would not review the country's oil contracts with Russia (unlike its arms contracts). But there can be little doubt that Capriles would try to improve relations with other key partners. It is not ruled out that in the allocation of contracts, Russian oil companies would be offered something under the residual principle.

Last summer, Chavez spoke about a meeting in October 2010 with Russia's then-President Dmitry Medvedev. Topping the agenda was oil, and Chavez then asked his counterpart: "What else can we sell you?" Medvedev just shrugged, "Maybe flowers?" Chavez leaped onto his chair: "Flowers, great! We have lots of plantations that grow flowers. We also have agave, which we use to produce local vodka, known as coqui. We'll ship that to you as well — it will compete with your vodka. We'll drown Russia in coqui!”

The article is first published in Russian in the RBC Magazine.