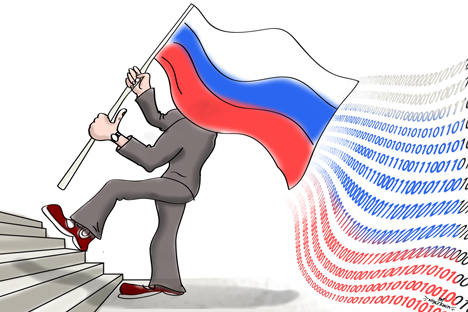 Russia has been climbing rapidly up the innovation rankings over the last five years.

German statesman Otto von Bismarck once famously observed that the Russian cavalry were “slow to saddle up, but ride fast.”

Nowhere is this saying truer than in innovation, where Russia has climbed rapidly up the innovation rankings over the last five years. France’s Insead Business School recently placed Russia in 51st place in their innovation index, whilst a new Bloomberg ranking put the country as high as 14th worldwide in a measure that looked at R&D intensity, among other things.

The collapse of the Soviet Union dealt a tough blow to the prestige and standing of Russian science. The resulting human capital flight, through the emigration of talented Russian scientists, engineers and technologists, was dramatic. Just ask Cisco Systems, now a strong promoter of Skolkovo, Russia’s flagship innovation project: They have no less than 700 Russian émigrés amongst their staff in Silicon Valley alone.

The sharp increases in oil, gas and commodities prices in the 2000s also left an economy lopsided and in need of diversification, modernization and improved infrastructure – with a particular focus on growing small- and medium-sized businesses. The Organization for Economic Cooperation and Development has stressed the need to create alternative champions to Gazprom and Rosneft in the non-resource sectors.

Of course these companies are vital for Russia’s revenues but nimbler, more innovative, small companies need to emerge from Russia’s research landscape.

In response, the Russian government has launched a series of initiatives around innovation, including technology platforms, tax benefit-driven territorial clusters, Special Economic Zones and new development institutions such as Skolkovo, Rusnano, the Russian Venture Corporation and the Russian Direct Investment Fund.

When fully built, Skolkovo will be a brand new, high-tech city 19 kilometers southwest of Moscow’s Kremlin. It is the highest profile of these initiatives, and since its inception has already created a start-up pipeline of in excess of 850 companies, in addition to the stellar presence of large global corporates such as Samsung, Intel, Microsoft, Honeywell, Siemens, J&J, SAP and BP – all of whom are either locating R&D centers or venture funding start-ups.

All of this has been accomplished in less than three years of operational existence.

In my native country, Ireland, the decision to ramp up R&D spending came about as a result of success in inward investment, and over a 10-year period commercialization began to occur. In Russia it is happening at a much sharper pace, because of huge investment from the state, the obvious technical talent and the valuable market opportunity that Russia represents for investor companies.

Apart from the traditional locations of research excellence, a number of other technopark locations, including Skolkovo, are set to emerge. Locations such as Novosibirsk, Nizhny Novogorod, Tomsk, Ulyanovsk and Zelenograd are providing a competitive challenge in R&D terms. From Cold War days, Russia had a total of 11 “closed cities,” where research scientists worked mainly on Soviet defense-related projects.

Nowadays, those skills are being put to commercial use, pushing forward with interesting IP through Skolkovo. While Skolkovo will accommodate over 31,000 residents, the Republic of Tatarstan is creating an innovation hub of some 150,000 scientists, engineers and IT professionals. Nikolai Nikiforov, the author of the idea, was last year appointed Russia’s Communications and IT Minister at the age of 29.

MIT experts managing the development of the graduate-only Skolkovo Institute of Science and Technology, or SkolTech, hope that Russia’s rise up the research rankings will ensure that talented Russian technologists will not have to leave the country to pursue their careers elsewhere.

SkolTech aims to instill values of commercialization, top-quality research and entrepreneurialism with third-level institutions from all over Russia making a contribution. The ready availability of significant talent, funding and WTO accession are fuelling an investment push toward Russia.